Another Open Letter to Russell Brand 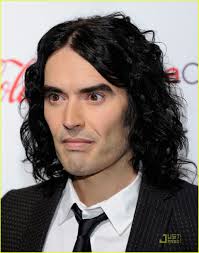 Frankly I am not sure what upsets me more, the fact that you are still talking or the fact that last week the Huffington Post chose to provide you with a forum to regurgitate more of your self-serving ramblings(CLICK HERE TO READ THE OP-ED).   I am glad you think you’re not an anti-Semite because indeed that may be a step in the right direction, but unless you wrote that piece after once again dropping acid, something that in the past gave you your “pro-Jewish” epiphany, you are missing some very important points in your argument.

First of all, there is no fair way to discuss Israel’s military action in Gaza without mentioning the terrorist activities of Hamas.  Not only do you not do that, you never once even mention Hamas.  I maintain, as I did in my last letter to you(CLICK HERE TO READ), that you, like so many others don’t go after terrorist groups as hard as you go after Israel because you know the Israeli government won’t hunt you down and kill you in the street.  Hamas just might.  So conveniently leaving Hamas out of the discussion, and with all the dribble you wrote I am sure it was not a mere oversight, you are once again showing your cowardice.

Here is why mentioning Hamas is so key to the discussion.  You claim the actions by Israel are based in the economic gains of a right-wing government aligned with right-wing institutions in other parts of the world.  You do not back it up with facts, facts I would love to see because it would be enlightening to see how the Gaza campaign did anything to better anyone economically.  In truth the Gaza campaign was necessary, and sadly more campaigns will be in the future, because the ruling party of Gaza is sworn to the destruction of Israel and to the death of all Jews.  You somehow missed that in your long Op Ed professing your love for the Jewish people.

Allow me to teach you something you are required to learn if you do not want to be deemed an anti-Semite or someone who promotes anti-Semitism.  What you need to understand is more than just what you choose to see about an Israeli government.  What you need to grasp better is the concept of the modern State of Israel.

The State of Israel declared independence in 1948, 3 years removed from the murder of 6 millions Jews.  Or as your buddy Khaleed Meshaal says, a genocide only half as bad as what Israel committed in Gaza.  Israel was not set up as a way for Jews to colonize the entire Middle East or commit atrocities.  It was set up as a safe-haven, a guardian nation so to speak, for a race of people, my people incidentally, that was devastated in an unspeakable fashion.  The State of Israel was in somewhat set up as a nation designed to guarantee that what happened to the Jewish people under Hitler would indeed never happen again. So when you promote political and philosophical viewpoints that put the State of Israel in danger for its life, you don’t merely attack Benjamin Netanyahu and Likud, you attack Jews worldwide.  You may claim that you are not an anti-Semite, but your statements increase the likelihood of many dead Jews. Regardless of what you claim to be your intentions, it doesn’t get much more anti-Semitic than that.

I loved this line of yours in your Op Ed: “It is the exclusion of the sane majority that allows extremists to prosper. The insanity across the Middle East is so deeply terrifying and giddyingly futile that most people, despondent and bilious want to look away.”  And yet, no mention of Hamas.  No mention of terrorism.  No mention of how similar Hamas is to ISIS or how Israel gives more civil rights to their Muslim citizens than almost every Arab country. It seems like you almost get it sometimes, but then your personal bias or delusion takes over and you revert back to the Neo anti-Semite you so don’t want to be.  Cough cough.

Although most people seemed to like my first letter to you, there were some disturbed my personal attacks on you. I almost felt bad about it till I read how in referring to Bill O’Reilly you said he was “A hollering parasite of his own punctured anus,” and Sean Hannity you called a  “Fox News’ shop-dummy-polemicist.”  I feel much better about calling you an idiot and a coward now.  Something I still believe to be true.

Since you claim to believe in positive action, here’s a suggestion for some very positive action. Shut up.  You are actually doing more harm than good.  I know you think you are this generations Jesus, but in truth you are merely a court jester giving more Brits the ultimate justification to jump on a plane to Syria, (via Turkey) to sign up for ISIS and battle the west you clearly seem to hate so much.  Funny enough, it’s the same west that made you rich.  I think you need to realize there is something far worse than being so despondent and bilious that you want to look away.  It’s looking right at it and ignoring the truth.  Something anti-Semites are very good at.

The Truth Matters Only if You Value it

Clearly I am not objective.  I love Israel and hate Hamas.  I believe Hamas is to blame for the deaths of not only Israelis but Palestinians as well.  I believe Benjamin Netanyahu is a great man and Khaleed Meshaal is an evil man.  I agree with Netanyahu when he says, “If the Arabs put down their weapons there would be no more war.  If Israel put down her weapons, there would be no more Israel.”  Clearly I am not objective.

I make no claims to be objective.  However, despite my lack of objectivity I do seek the truth.  So much so that I acknowledge that Israel has made mistakes and done some things they should not have done over the past 66 years.  But there is no truth that justifies the attacks Israel has had to endure, be they violent attacks from terrorists or verbal attacks from anti-Semites.  If presented with factual evidence of a certain truth, even one that opposes my views, I would address it honestly and make every attempt to be fair in my assessment.  The question is, why won’t my enemies do the same?

It’s because the truth has no meaning to them.  Most anti-Israel and anti-Semitic sentiment is not based in truth.  It’s either based in ideology or communal involvement.  People like to be part of something.  Even something motivated by hate.  The ideology however is what drives everything.  It drives terrorism, stirs up the masses, allows the leaders to make statements they know are not true, but justify with their beliefs.  A friend once said to me, “people buy with emotion and justify it with logic.”  Once the masses buy the bill of goods sold to them by the mini-dictators popping up all over the world, they search for the logic to back it up.  For example, the number one lie being told is that Israel is committing genocide.  Once that message is sold to the Muslim masses by the Imans, all they need now is a complicit al-Jazeera or CNN to show a man holding an injured or dead child in his hand in Gaza and the people have their “logic” to back up the sale.

Here’s the problem with that.  When you use that method the truth is irrelevant.  The only thing that matters is pushing your agenda.  Even visual evidence won’t matter anymore.  You passionately sell an ideal, even one of hate, show one image, maybe only make one ridiculous claim that can be used to back it up, and its sold.  Russell Brand goes on a hateful diatribe against Israel on his online channel he calls the Trews, claiming it is True News, and people who like the movie star buy into it, even though he sits there and blatantly obstructs the truth from his listeners.  Hamas sells the idea that Israel is indiscriminately bombing Gaza, targeting women and children, and those who have already bought into anti-Zionism and Jew hatred see a blown up building and they’ve seen enough.  We could have a 10 page document and 100 pictures proving that Hamas put those innocents in harms way by using them as human shields and it would make no difference.  They’ve already decided what they want to believe.  The truth doesn’t matter anymore.

Do we combat this with lies of our own?  I say no.  But I do think we need to be a little less concerned about whether or not we are unfair to those allowing those lies to be spoken and should be spending less time defending those who only express an (anti-Semitic) opinion.  Tolerance is a very charitable trait, particularly in war time, and as we all know charity starts at home.

As I responded in social media when someone criticized my letter to George Clooney, “Never Again” does not mean Never Again unless we insult George Clooney.  Never Again means recognizing the signs and doing all we can to prevent it.  I believe the truth is always the right way, but being tolerant at our own expense is not.

Good job by Nic Robertson of CNN asking some real questions and pushing for answers from Hamas leader Khaleed Meshaal.  He didn’t get all the answers he asked for, but this was a fair interview and done with some journalistic integrity.