The Distracter in Chief

Watch the world argue about the immigration ban while Trump sneaks in his Supreme Court pick. He’s created the perfect distraction while pandering to the base that got excited when he said he would ban Muslims from entering the US.  He needed a big distraction from the naming of the next Supreme Court Justice and he got one. 90 days from now, love it or hate it, this executive order will be far less relevant than who takes the place left by Antonin Scalia.  The media is falling for this because ultimately President Trump is giving them what they want the most. ratings. Meanwhile he has his base loving him for looking as though he is doing everything he promised he would do. This is no out of control idiot in the White House.  This is a very calculated marketing genius.

Far more people know about crowd size and the “dishonest media” than do about the details of the new president’s executive orders.  I am guessing that is esactly how he wants it. The ethical arguments taking place today are small potatoes compared to how this administration is playing everyone.  Including those who supported him.

Reset. It’s not easy, but it’s the American thing to do

I did not vote for Donald Trump, I did not want him to win, and I was one of those millions of Americans stunned and at least somewhat horrified by his victory.  But that’s over now. He is indeed the 45th President of the United States, making him my president and the person in government I now need most to succeed.

I believe in free speech, I believe in protest, and I believe in the right to challenge our leaders.  I however will choose only to exercise the first one I mentioned, free speech. Why? Because personally, and I emphasize personally because I get and respect the need others have right now for expression, I believe in a different approach at this time.  That approach is a reset.

Part of what makes my ability to reset is one of the things that made it impossible for me to vote for Donald Trump in the first place. I was never sold that he meant and believed anything he told the American people.  I believe he found the path to victory and took it. Love him or hate him, he certainly gets points for being clever.  Now that he is president however, there is no more fooling anyone.  Now he has the responsibility to act, and I as an American choose to wait and see what kind of actions he takes.

The time for talk is over.  Now is the time for President Trump to get things done.  Now is the time to protect us as promised, heel us as promised, better our lives and strengthen our economy. By us, I don’t just mean white males like myself.  I mean people of all colors, all races, religions, sexual orientations, and political beliefs.  Am I asking for a lot. I don’t think so.  He’s the President of the United States of America and he promised to “Make America Great Again”.  Despite the fact that I am one of those who already feels America is great, the bottom line is that President Trump has promised he will leave it even greater, and that task begins now.

As an American who loves his country, I want nothing more than to see our new president succeed, and rather than continue to oppose him, at this time I choose to press my own personal reset button.  That reset means that nothing he has said or even done matters to me today.  All that matters is what he does from this point forward.  I went into inauguration day stunned at what was happening.  I still could not believe that enough of America voted for this man to make him our Commander in Chief. But they did and he is, and now I start fresh in the hope that they were right and I was wrong.  I not only hope and pray, but I am willing to allow for the possibility that President Donald J. Trump will be an outstanding president for all Americans in all walks of life.  It’s not the easy thing to do, but in my opinion, it’s the American thing to do. 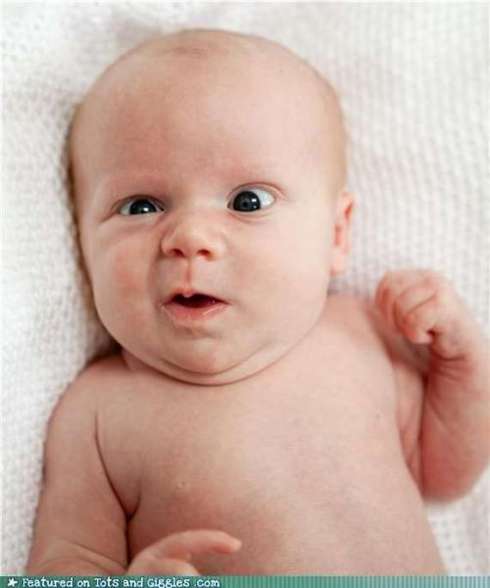 It will be interesting to see how many people see the words Anti-Trump in the title and conclude that I am complaining about the President-elect’s victory and upcoming administration, when in reality I am doing just the opposite.

Don’t get me wrong.  I haven’t all of a sudden become a Trump supporter.  What I have become instead is tired.  Tired of continuously litigating the same things people chose to ignore before the election.  Tired of talking about his behavior, what he meant, what he tweeted and what is in his heart.

It’s safe to say that many of us who publicly shared an opinion about either Donald Trump or Hillary Clinton before the election did so in the hope that something they would say would make a difference.  They hoped, albeit in most cases naively, that their words would either influence many or cascade into support behind their viewpoint and help elect their personal choice for president.  Now that the election is over there is no influencing anyone’s vote or impacting any outcome regardless of the popularity of the words written or spoken.  Now all it is to most people is a lot of hot air.

I’m not saying we don’t have a right or even the obligation to keep the next president and his administration honest, but do so moving forward.  Do so in assessment of his words or actions starting on January 21st.  Even if one makes the argument that it’s important to know who you elected, how do we know with any certainty that Donald Trump even showed us who that was?  I for one am far from convinced that the persona displayed in order to be elected is the man we are actually getting as the next president.  In fact, I dare say it’s possible that people like me, people leaning towards the left on many issues, might be pleasantly surprised by what comes next.  But if not, we need to deal with it then.

Not that I expect any credit from my right wing friends for telling the naysayers to keep quiet for now, but it is the first time in a long time I dare say that we see eye to eye on any issue other than Israel.  The question is, will they be tired of the combativeness just as I am, or will they continue down their favorite road of belittling those who have different ideas than they do?  If they truly feel as I do, they will have reached a point where the same criticism of the same people over and over feels like nothing more than an exhausting exercise in futility.

It’s time to move forward people.  Pay attention, speak out and be active if that is your choice, but move forward.  It’s better for everyone involved, and a lot less tiring.

I didn’t vote for Trump, celebrate Inauguration Day and why you should do the same.

I didn’t vote for Trump.  Given the opportunity I wouldn’t vote for him again.  So you get my point.  I don’t particularly like him.  But you know what I do like?  America.  Part of America and what makes it great is the peaceful transfer of power.  So for all of those like me who are not fans of the President-elect, I have the following message for you.  Enjoy Inauguration Day and celebrate it.

I expect Democratic lawmakers to challenge the incoming President and hold him accountable for his actions.  That is part of democracy and no matter how many Republicans try to shut Democrats up I am 100% in favor of them doing their job, which is to represent those who voted them into power.  But the inauguration is a different story. It’s not about the individual you support for president rather your support for the office of the president.  Boycotting, disrupting, or attempting to ruin the inauguration in any way is not partisan politics, it’s unpatriotic.  Inauguration day is not dependent on who is elected, it’s the step that takes place after that individual is elected.  Inauguration day, like election day, is an American institution.

The irony of protesting against or boycotting the inauguration is that it turns it into something it’s not. Partisan.  It is not a Republican institution and when Democrats or Independents use their voice by trying to put a damper on the the inauguration, their efforts backfire.  So do the right thing whether you celebrate who is becoming the next President of the United States or not by  celebrating America’s democracy and enjoy and celebrate inauguration.  It’s not the Republican or Democrat thing to do, it’s the American thing to do.