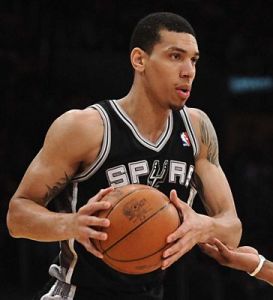 I decided to write this letter because I felt that in doing so I would not only be doing the right thing, but that I would also be providing a public service by using this as an opportunity to educate not only you, but others as well regarding an important matter.  The matter I am referring to is the selfie you took at the Holocaust Memorial in Berlin.

Let me start by saying that I personally believe you meant no harm by your actions nor do I believe you deserve too harsh of a reaction from the general public for what I feel was nothing more than a moment of poor judgment.  One of the reasons I feel no anger towards you is because in order to make the mistake that you made, you had to be there in the first place.  So in my eyes, there’s enough sensitivity in the fact that you bothered to be at the Holocaust Memorial to absolve you from the dumb thing you did while there.

Your effort to learn about what happened, as evidenced by your visit to the Memorial needs to be acknowledged more than your mistake needs to be vilified.  However, the proper acknowledgment is in the form of some additional education on the subject, and that is what I will do in a very brief and personal way in this letter.

Danny, I am the son of Holocaust survivors from the Netherlands.  I am by no means a moderate, so there are some who will be surprised that I am cutting you slack, but since I am also not a hypocrite, I feel it only fair that I express my feelings openly and honestly.

Let me attempt to give you a perspective you may not have been able to gain from your visit in Berlin. As a child I grew up hearing about the Holocaust from my parents.  My father lost both his parents, his youngest sister, countless friends and family and the majority of his neighborhood to the murderous Nazis.  My mother lost her father and only sibling, a younger brother, her fiance, and most of her extended family and friends as well.  My father spent close to 3 years on the run, at times imprisoned by the Nazis, often hungry and exhausted and usually alone.  My mother worked in a Jewish hospital, saw patients taken by German soldiers to their death, and barely made it out of that hospital alive.  When she did she spent close to 6 months moving from place to place, constantly in fear for her life, and then spent a year and a half in hiding, sleeping every night in a small, dark and damp underground room with no way to get out unless someone opened the hatch from the outside.  My parents lived through a 5 year period no one should ever have to experience.  But here is where I offer that perspective I can’t be sure you would have without someone sharing it with you. Compared to millions of others, my parents were the lucky ones.

As I am sure you know, 6 millions Jews were murdered by Hitler’s Nazi Germany.  Many were starved, tortured, raped, abused and dehumanized in every possible manner. There were those who survived who went through the same horrors, only to carry it with them for the rest of their lives. The evil was unspeakable and impossible for a normal person to comprehend.  If you truly stop and think about this, and imagine the impact this had not only on those who survived but on an entire group of people, I am confident this will help increase your sensitivity in the future.  If you want to learn more I invite you to read the book I wrote about my parents’ experiences during the Nazi occupation of Holland. The book is called “Jew Face: A story of love and heroism in Nazi-occupied Holland” and can be found on Amazon.

Danny, people like myself,  the offspring of Holocaust survivors, did not all turn out the same way.  Therefore I guarantee you that at least some, if not many, will not feel as accepting of what you did as I do.  Part of your developed awareness will have to be tolerating their anger, because although I may not feel as they do, I do believe they would have every right to react differently that I have.  But I want you to know that you now have an important opportunity to take a mistake and turn it into a positive.  That all depends on what you do next.  As far as that is concerned, I offer you no advice.  That part you’ll have to figure out on your on.

When World War I ended and Germany was defeated, their punishment for being the aggressors was so severe the economy plunged into depths that caused poverty and hunger of immense proportions.  I am not condemning this, merely stating this to address the circumstances leading to the rise of Adolf Hitler and the Nazi Party.  Hitler fed off of the desperation of the German people, found a perfect scapegoat, and promised Germans a better life.  All they had to do was follow his leadership regardless of how evil and heinous the outcome.  He took their awful life and promised a good one, in the process convincing the masses the suffering of others was of no consequence. As we all know the strategy worked with tragic precision and Hitler reigned in Germany till his defeat by the allies in 1945.  Hitler used the suffering of the German people to push his agenda, and like many fascist regimes before him the process was successful.

One can hope and pray that history will show that Israel never allowed Hamas to grow into the killing machine the Nazi party was, but it certainly wont be for lack of trying.  What sets Hamas apart in the early stages of its rule over its people is something even more cynical and morally repugnant than the Nazis in their establishment of control over their people.  While the Nazis took the pain and suffering of the people to establish the regime, Hamas has actually created the pain and suffering to create theirs.  Israel left Gaza to its own means in 2005, and as Israel’s Ambassador to the U.S. Ron Dermer said, “we hoped it would become a Singapore,  instead it became an Iran”,  implying what could have become a booming economy, technologically advanced, with a secure present and optimistic future became just the opposite.  Hamas took their funding and rather than help the population, they became Iran’s proxy, training terrorists, building terror tunnels and making their corrupt leadership perversely wealthy while keeping the money out of the hands of the community.  Rather than having to answer for their misappropriation, they used the suffering it caused to channel their desperation into hatred and the belief that death was better than life. With the life they gave them in Gaza it was an easy sell.  The video in this piece shows what happens to people when they feel the best outcome to their life is death.

The Personal bias of Sports Destiny 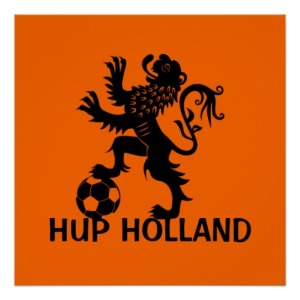 When it comes to sports, destiny is a very biased concept.  Had Brasil won yesterday without the services of their superstar Neymar and their captain Silva, the host nation of the FIFA 2014 World Cup would have been buzzing about how destiny favored this soccer powerhouse.  Instead Brasil’s team laid the proverbial egg, didn’t show up for the game at all, and lost 7-1 to a very good German team.  Undoubtedly all German fans are now talking about their destiny.  I would like to put my own personal spin on the subject of destiny and show how it favors Holland.

Four years ago Holland, The Netherlands,  lost in its 3rd World Cup Final appearance to Spain.  They began this years campaign with a 5-1 whipping of the reigning champs.  In about 4 hours they will face Argentina in the semi-final.  Argentina who was the host team in 1978 and defeated Holland, then making their second final appearance.  After Germany’s victory yesterday, if destiny keeps to form, Holland will face Germany on Sunday with an opportunity to finally lift up the World Cup as champions.  40 years ago in 1974, it was Germany, then the host country, that defeated the Netherlands in their first ever appearance in the World Cup.  Like Holland or not, from the perspective of destiny it could not play out any better.

And then there is my favorite Dutch fan, my mother Sipora Groen.  At 92 years old she is enjoying the games as much as anyone else and would love to see Holland finally call themselves World Cup Champions.   So I say it again, and hopefully will be making this plea again after today and before Sunday, WIN IT FOR MY MOTHER. 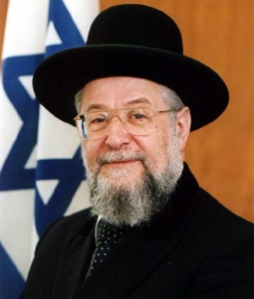 Earlier on Facebook I came across a post in which people criticized Rabbi Yisrael Meir Lau for his comments regarding the recent ban on circumcision.  The comment that was criticized was as follows: “I didn’t see such German sensitivity to Jewish blood during the Shoah (Holocaust).”   The following was my reply in the post in which other’s criticized Israel’s former Chief Rabbi and Holocaust survivor.

It is easy to criticize a man like Rabbi Lau, but any one of us in his position with the same experiences may have responded the same way. Yes I realize that it is a different Germany today and that not everything relates to the Holocaust, but those who went through that time are justifiably sensitive to behaviors that remind them of that time, be it due to the actual behavior or the people responsible for the behavior. It is easy for most of us who have not experienced that sort of terror to put the focus on someone like Rabbi Lau, who in fact in his commitment to the Jewish people since 1945 has been somewhat heroic despite the suffering he saw at a young age. I have tolerance for the people of Germany today because I feel this generation has earned it, but I will not make that tolerance come before the tolerance I have for an elderly Jewish man, a great man, who reacted to something that struck a deep emotional chord.

In a continuous effort to increase Holocaust awareness, I have put together a series of questions regarding what the Dutch community went through during the Nazi-occupation.  The answers are at the bottom of the page.  Comments are welcome and well be posted after moderation.

1-What percentage of Amsterdam was Jewish in 1940?

2-How many Dutch Jews were murdered in the Death camps?

3-What was the name of the concentration camp in Holland set up to accommodate German refugees in the 1930s and later used as a transit center?

4-What was the name of the Death camp where an estimated 34,000 Dutch Jews were murdered?

5-In what concentration camp did Anne Frank die?

These are just 5 questions but they will give an indication of what you know about what Holland experienced during this time.  The more we know, the more we can increase awareness and fight those who try to claim it never happened.  Again, your feedback is welcome.