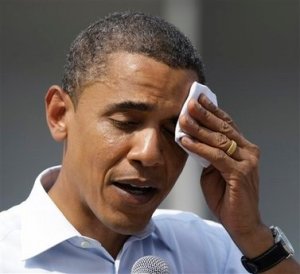 In the name of integrity I must start by confessing that I voted for this administration twice. So when I criticize its actions I also on some levels criticize my choice. Be that as it may, there are many issues to consider when analyzing an American administration’s attitude towards Israel. In fairness it needs to be said that the United States of America has always been a friend of Israel’s, and the funding of Iron Dome under the Obama presidency clearly needs to be appreciated. With that said, why is Israel’s most important friend trying to push it towards unacceptable agreements with a terrorist organization? There are 3 possible reasons and none of them make the U.S. look good nor are they helpful to the overall situation.

The first possibility, and clearly the most cynical one, is that a President who is a master fundraiser is in some ways fundraising by showing poor support for Israel. When we hear that Qatar, a wealthy nation with money to burn, is supporting Hamas, it has to be considered that they are using their financial clout to influence the president and this government. With a U.S. economy floundering and an Arab nation with the potential ability to hold financial leverage over many people, companies and even nations, the power of money can’t be ignored. I stop short of making accusations of personal financial corruption because such claims being made without evidence is irresponsible, but to say that Qatar can use its money for influence is not only accurate, but realistic.

The second possibility, which is one that many Jews and supporters of Israel gravitate towards is a dislike for Israel, particularly towards Israeli Prime Minister Benjamin Netanyahu. I won’t analyze this because the actions are very clear and out in the open, and since some are supportive of Israel and some are not, without a clear declaration of intent we just don’t know how Obama and his cabinet feels. I can only hold out hope that there is enough competence in this administration to at least make decisions based on assessment on what is the best move and not on personal likes or dislikes. We just can’t be sure.

The third choice, and the one I will go on record as thinking is the most likely one, is fear. Fear on many levels. Fear of escalation, fear of confrontation, fear of terrorist reprisals on U.S. soil, but most of all basic fear of the enemy. I know there are those who will read this that feel President Barack Obama is complicit with Islamic fundamentalists, but for the sake of sanity I will work from the assumption that this president does not intend to destroy the United States and western civilization. I do however feel that he is scared of the consequences connected with opposing Muslim fundamentalists. It shows with his inaction in Iraq, where the rise of ISIS may be the single most dangerous thing happening on the planet today, it shows with his approach towards Iran and North Korea, and it shows with his lack of conviction against Hamas, a terrorist organization very capable of organizing attacks on the United States in the future.

Here’s the concerning catch to all of this. Despite the fact that blaming it on fear is less cynical and callous than the other choices, it may be the most dangerous. An American government working from fear gives strength to the forces of evil that previously were held in check by this great country. If America as a nation shows fear, it emboldens the enemy, and once they get too strong there may be no turning back.