Is it Racist to Attack Islam? 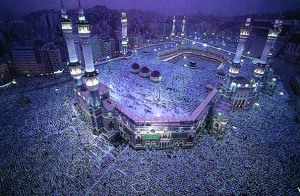 It’s an important and relevant question.  I could start by saying Islam is a religion and ideology rather than a race, but in discussing this point that’s merely semantics.  To properly discuss this issue its critical to start from an honest premise, which means asking the right question.  In this case the question to ask may not be whether or not attacking Islam is racist as much as whether or not attacking it is actually justified?

Let’s begin by looking at the definition of racism. racism: the belief that all members of each race possess characteristics or abilities specific to that race, especially so as to distinguish it as inferior or superior to another race or races.  This already presents a question.  In a situation where you identify a problem that is prevalent within a group of people, are you saying that all members of that race possess those characteristics or abilities specific to that race.  Comments like Jews are good with money or blacks are better athletes, may not be  bigoted, but in the way they specifically claim these qualities exist in these groups, they might be construed as racist.  This in itself could be a long discussion and quite frankly is mostly irrelevant in this discussion, because the attacks on Islam of which I am referring to are highly indicting and provocative, even if they may be true.

Personally, I find any unwarranted attack on one group of people to be offensive. We’ve all heard these stereotypical attacks. Jews are cheap, Mexicans are lazy, Irish are drunks, and so on and so on.  They’re ridiculous comments.  They speak of negative qualities that exist in all groups and aren’t dominant in any one particular group.  They are comments designed to insult people and be nothing more than statements of bigotry.  They’re offensive and disgraceful and I have always distanced myself not only from these types of comments but from those who make them.  That being said, no matter how liberal people want to be, it’s important that everyone realizes that attacking Islam is a very different story.

Attacks on Islam are not based on unwarranted personal bias.  The 9/11 attacks were committed by Muslims.  The Boston Marathon Bombings were committed by Muslims.  Israel has been getting attacked by Muslim terrorists on a regular basis since the 70’s.  We’ve just watched 3 people get beheaded by Muslims.  Boko Haram is a Muslims terrorist group killing Christians in Nigeria, and the entire western world is on edge because of the threat of attack by ISIS.  For those who wanted to believe the president when he said otherwise, let me be clear.  The first IS in ISIS stands for Islam.  Members of ISIS were just arrested in Australia for a plan to abduct random people and behead them.  They have sent messages online trying to recruit what they call “lone wolves” to set off explosions in Times Square.  Iran, that’s the Islamic Republic of Iran,  is pursuing a nuclear program and wants to destroy the State of Israel.  I can go on and on.  And that’s really the point isn’t it?

It’s not that every Muslim is a threat.  It’s that most of the worst threats today are coming from Muslims.  Should we like them for this?  Should we be tolerant?  I will not discriminate against someone because they are Muslim.  I am capable of making Muslim friends.  But I will want to know that they are not aligned with the ideology prevalent in their religion if I am to have a healthy relationship with them.  That is not racist.  That is prudent.

Do I blame people for lashing out at Islam?  Not I don’t.  I am far more offended by one of my fellow Jews defending Muslims with more vigor than they defend Israel.  There are very large numbers of Muslims who hate me without even knowing me because I am Jewish.  Many of them want me and all my fellows Jews dead. Does that mean they all do? Of course not.  But is identifying this as a real problem make me racist?  Absolutely not.  It makes me realistic.  Most of the people who show hatred for Islam are not unlike me in their basic desire, people who just wants to live in peace and see their people and country be allowed to live in peace. The fact that they hate the people who are not allowing them to do so does not make them racist.  It makes them human.  Something this enemy is not.

I get it. We want to be good people.  We don’t want to hate others.  I respect that, but it’s not that simple.  When I was 19 years old I had a few sessions with a psychologist.  I didn’t particularly like him and didn’t feel he did much to help me back then, but he did teach me one thing I never forgot.  If you think you are a good person but in the process you are not being good to yourself, you’re not a good person.  The same concept applies here.  If in the name of being good to others you are putting yourself in danger, you’re not a good person.  It’s a harsh reality, I know.  But if we ignore it the reality will become a lot harsher. 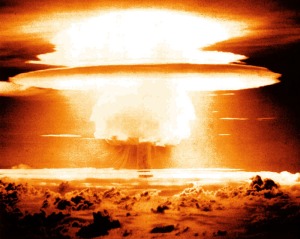 Hopefully the title is enough to alert you to the content of this post, but if not consider this a warning.  This report is very disturbing.  A senior member of the Islamic State in Australia instructed another member of the terror group to snatch random people off the street and behead them on camera. The terror sweep Australian police conducted yesterday uncovered the plot and at least averted this specific act of barbarism planned for the cities of Sydney and Brisbane.

It stands to reason that the United States and Britain are in similar danger.  I think it is safe to assume they have numerous plots in place.  It goes without saying that we hope and pray that none are successful but only time will tell if we wind up that fortunate.  In the meantime we all need to be diligent wherever we may be, be it a train a busy street, or even a sporting event.  I do want to make one important point though.  The time for these “clean wars” is over.  Yes it is a tragedy when innocent civilians die, but when evil takes up camp in a civilian population center we need to learn the lesson of the allies and Dresden and if appropriate even the lesson of Harry Truman and Hiroshima and Nagasaki.

I don’t propose we wait for thousands of Americans, Brits or Australians to get killed.  I don’t believe we need to spend the years to come in fear for our lives. It is my belief that if any significant act of terror takes places we bomb them like the allies bombed the Nazis in Dresden, Germany in February of 1945, killing an estimated 25,000 Germans.  If that doesn’t work we do what the United States did to Japan dropping atom bombs on Hiroshima and Nagasaki, killing as many as 160,000 people.  Devastation.  Tragedy. But the war ended and not only were the allies able to rebuild their lives, the Germans and Japanese were as well.

Some might say it is easy to sit in front of a computer and push the idea of killing tens, maybe even hundreds of thousands of people, but I believe it may wind up saving millions of lives.  No more “targeted strikes” and careful attacks.  If they truly do take the war to us, we need to decimate them.  If we don’t do it now we’ll need to do it later and a lot more people will die as a result.  Or even worse, they’ll wind up decimating us.

Believe it or not I don’t believe in war, however, I believe you do what you need to do to survive.  If we are to survive we need to pummel this enemy into submission before they are too strong to destroy.

For all those who need hope… 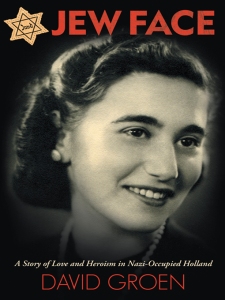 To all those in Israel, Holland, England, Australia, Germany, France, India, Pakistan, Singapore,  Sweden, Philipines,  Spain, Poland, and of course the United States of America who are viewing my blog, THANK YOU!

Now tell all your friends and tell them to tell all of theirs.  Let them know about the book Jew Face.  I look around and see many people today who have lost hope because of everyday difficulties and struggles and hope that knowing this story will help in some way.  Everyone needs inspiration and those who have read the book so far have at the very least seen how people can come from the worst situation, the brink of personal devastation, and built a life of joy, fulfillment, and love.

So tell your friends.  Let them have the opportunity to decide if they want to reap the benefits of this story.