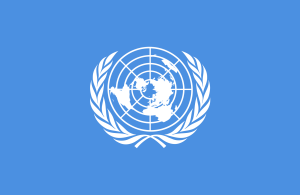 I’ve written a number of Open Letters since the beginning of the most recent attempt at the destruction of the State of Israel.  These letters have primarily been to entertainers who believe they serve a purpose beyond their God-given talents, be it their musical gifts or partial and fleeting good looks and charisma.  You on the other hand hold a position where your very job is to discuss and make some sort of policy declaration regarding events taking place in the international community.  So neither myself nor anyone else should ever state that you are dealing with issues that are none of your concern.  Therefore the tone of this letter will be somewhat different.  Also, since I am sure that there is little to nothing I can actually educate you on regarding the situation in Israel and the Middle East, if anything it may be the other way around, this letter will be far shorter than the others.  Especially since it will focus primarily on one major point. The problem isn’t that you are dealing with issues out of your realm, the problem is that you repeatedly appear to be blind to the truth.

The truth I speak of was made apparent these past few days.  When I sat down to write this I was originally intending to write an editorial rather than a letter.  The original title of the editorial, longer than most titles and I admit somewhat whimsical in nature, makes the point I am hoping you have the fairness and clarity of thought to not only admit to yourself, but to proclaim to the world. The title was going to be, “Protecting the People Accusing them of Crimes against Humanity from the People committing Crimes against Humanity”.  As ISIS or ISIL continue their vicious efforts in the region, and UN peacekeeping troops became threatened, where was it they went to for safety?  The very country your organization spends so much time vilifying.  It has become abundantly clear to anyone who wants to see the truth that ISIS and Hamas are 2 peas in a pod.  Their tactics and intentions are almost identical in nature.  So please explain to me and all those other peace-loving people of the world how you continue to pursue Israel on what you call “crimes against humanity” when they were merely defending themselves against those truly committing “crimes against humanity.  And then ask yourself this one very important and more self-serving question.  If you and your kangaroo court would actually be successful at bringing Israel to its knees, where would your people go then?  I dare say they would either be dead or in captivity by now.

So I propose the following.  Rather than continuing this so-called pursuit of justice against the one true democracy and free society in the region, why don’t you just say thank you and leave Israel alone, regardless of whether or not rich nations like Qatar like it or not.

This entry was posted on Monday, September 1st, 2014 at 1:45 pm and tagged with crimes against humanity, Hamas, ISIL, ISIS, Israel, Secretary General, United Nations, war crimes and posted in Uncategorized. You can follow any responses to this entry through the RSS 2.0 feed.
« The Steven Salaita story: Freedom gone mad
An Open Letter of Appreciation to the Christian Community »