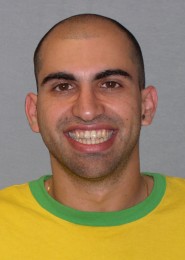 Earlier in August College Professor Steven Salaita was fired from the job he had seemingly just secured at the University of Illinois. The reason for his firing was remarks he made on Twitter regarding Israel and the 3 murdered Yeshiva students.  There has been some controversy regarding his firing, with the opponents claiming he was punished for exercising his freedom of speech.

What was so bad about what Salaita said and how does it connect to the perversion of the concept of true freedom?  Among other things he said the following:

“Zionists: transforming ‘anti-semitism’ from something horrible into something honorable since 1948.”

And in regard to the kidnapping and murder of the Naftali Frenkel, Eyal Yifrach and Gilad Shaar he tweeted:

“You may be too refined to say it, but I’m not: I wish all the (expletive) West Bank settlers would go missing.”

These comments were made after Salaita was offered the position, so the University’s handling of the situation appears to be somewhat commendable.  I say somewhat commendable because although they did the right thing in rescinding the position, I wonder how someone who has a thought process allowing him to say these types of things was not properly investigated prior to his initial hiring. Even more so I ask how it is that someone whose job is to mold young minds is able to secure positions at institutions of higher learning.  It is also a little concerning that the school felt the need to distinguish that its reason for not wanting Salaita was not that he was anti-Israel, but that after reading his statements they concluded he would be a bad teacher.

The subsequent protests and outrage related to his firing are in line with pretty much every other display of outrage these days.  Somewhere between somewhat and totally insane.  Somehow “intellectuals” seem to think that inciting hatred against Jews by calling anti-semitism honorable is acceptable.  They say it is an exercise in freedom. Is it OK when it incites hatred and violence?  Follow that up with a statement that comes very close to sanctioning the murder of every settler in the West Bank, and you have another example of freedom gone mad.

Freedom is an interesting thing. Earlier today I tweeted the following statement:

“Freedom is not merely for the rebellious who protest but it is due the meek and non-violent as well.”

I came up with that thought while riding on a New York City subway.  I saw an Orthodox Jewish man travelling with 2 children.  He did not portray the image of a man who would fight hard for his freedom, rather he would hope those freedoms would  stay in place so he could continue to live his life as a decent and hard-working family man.  Naturally I have no way of knowing if my split second assessment of this man’s character was accurate, but I do know if I was wrong about him there are certainly people who do fit that description.  Who will defend their freedom while people have the gall to debate if a man like Salaita should have been fired and while change.org puts out a petition to demand the reversal of this “scandalous firing”?  The only thing scandalous is the total perversion of values displayed by those defending this hate monger.

To Steven Salaita I say this.  You are the living embodiment of garbage.  You pervert the entire concept of intellectualism by using it as a mask for anger and hatred.  You lead people to believe your mind is something special and that you therefore deserve some sort of automatic respect.  A great mind is a mind that can find the truth in a pool of lies and that can find love in a sea of hatred.  All you are able to do is express your solidarity with the lies and the hatred.  I not only am happy you got fired, I wish you a lifetime of unemployment.  Either way I am still a better person than a so-called professor that wishes for thousands upon thousands of dead settlers and celebrates the murder of  3 teenage boys.

I’m an American who believes freedom is not given to us to promote evil ideals.  Ideals Steven Salaita proudly calls his own and still gets referred to as Professor.