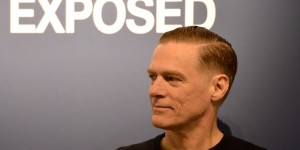 Earlier today I listened to what I considered to be my favorite song for one last time.  The song I listened to was your song, “Everything I do”.   You might say I am overly sensitive, even childish.  After all, just because someone holds views I don’t like it shouldn’t stop me from enjoying a song or a movie or a TV show.  I would answer, I see your point, but there is a lot at stake here. Something far more important than coming off as a big-time humanitarian who learns only half of the facts and opines on Twitter.  What I understand is at stake here, but you either don’t see or don’t care, is the survival of not only the Jewish people, but the very civilization you thrive in.  So once I know someone believes in something so harmful to the safety of Israel, the Jewish people and ultimately the entire planet, their “art” becomes distasteful to me. Just as I no longer enjoy listening to Pink Floyd because of my disgust for Roger Waters, I now have lost interest in listening to your music.

I will briefly address the following quotes you made on Twitter.

“I can’t speak for others, I only speak for myself: I say the war against Gaza was a crime against humanity”

Regarding the statement that the war was started in response to Hamas killing the 3 Yeshiva students you replied:

“it was never proved who was responsible, and it’s not justification for murdering 2000+ people…541 kids”

“and the Israeli blockade of Gaza just entered its 8th year, leaving its 1.7 million inhabitants destitute”

Well you are right.  The war Hamas has waged on Gaza is a constant crime against humanity.  Learn the facts Bryan.  They’ve squandered and stolen billions from their people.

Never proved? They just admitted it.  And the cease-fire Hamas only now accepted was offered long before many of these deaths.  Deaths on the hands of Hamas for using their people as human shields.  Or did they not prove that either?

The blockade is not why they are destitute.  Their rulers stealing money is. Incidentally, the blockade is there to keep out weapons, not food and supplies.

And lastly, being pro-people and pro-freedom means being that for all people. If you look up the history you’ll see what Israel has had to endure from these terrorists.  Terrorists whose main objective has always been to murder Jews.  Israel’s objective has always been peace.  With that in mind to be quite blunt, if you support HAMAS it is anti-Semitic.  They have made it very clear that they won’t be happy till every last Jew on the planet is dead.  But you won’t look it up because you, like so many others don’t want to know the truth. And this Mr. Adams, makes your once beautiful music ugly to my ears.  Maybe it’s because while you attempt to come off like someone who cares about humanity, you know it’s true, everything you do, you do for you.

This entry was posted on Wednesday, August 27th, 2014 at 6:48 pm and tagged with 3 yeshiva students, anti-Semitic, Blockade of Gaza, Bring Back our Boys, Bryan Adams, Everything I do, Gaza, Hamas, Israel, Israeli, Roger Waters, Twitter and posted in Uncategorized. You can follow any responses to this entry through the RSS 2.0 feed.
« Open Letter to Jimmy Carter
Why I no longer argue with Stuart »