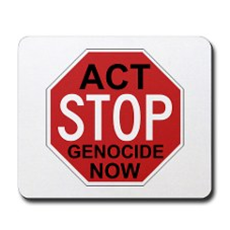 Until his death almost 5 years ago, author and journalist William Safire was best known for his column “On Language” in the weekly New York Times Sunday magazine.  I could never come close to matching his brilliant writing skills particularly in picking apart the misuse of words and phrases.  I will say with the word Genocide being thrown around so liberally when discussing Israel’s actions in Gaza, I miss him now more than ever and will take a shot at what he might have said.

It would be morally wrong to attempt to speak for someone who has left this earth, but when I look up Mr. Safire’s background and the history of his political views, I tend to believe he would have been supportive of what Israel has been doing in Gaza.  With that in mind, in honor of his memory I will attempt to deconstruct the most despicable and ridiculous argument made by Israel’s detractors.  The claim of Genocide.

I’ve addressed this before in previous articles but never have I made this one issue, the meaning of the word and its proper application, the primary focus.  I started by looking up the definition.  The definition as stated by Merriam-Webster is as follows: “the deliberate and systematic destruction of a racial, political, or cultural group.”

The first and important word in the definition is “deliberate”.  In genocide’s throughout history, the governments committing them have made no secret of the desire to exterminate a people.  Israel’s killing of civilians is not only not deliberate, it’s just the opposite.  Israel is publicly stating that it is making every attempt possible not to harm civilians, and is only doing so when Hamas places rockets in area where they are given no choice.  Genocide is not defined as the murder of civilians when given no other choice.

The second word is “systematic”.  This adds another element to this ridiculous claim.  The population in both Gaza and the West Bank is growing at a faster rate than the population in Israel.  If Israel really is committing genocide it’s doing a pretty bad job.  Even the people who hate Israel don’t question its military efficiency and capabilities in accomplishing its goals.  Ironically the only people who do question Israel’s strategy are hardliners within Israel that may actually be in favor of harsher military action, and even they are not trying to wipe out a race, they merely feel the only way Israel will be safe is through a more severe military approach.

The last part of the definition can be just as easily rebutted; “destruction of a racial, political, or cultural group.”   Seriously? What nation that has committed genocide in the past against a group of people allows that group into its parliament? What nation committing genocide goes after this “political or cultural group” only when attacked first?  I guess there may be some credibility to this part of the statement if you are to say that Israel would like to systematically destroy Hamas.  But that only works if rather than realizing Hamas is a terrorist organization you somehow have chosen to see it as a political or cultural group.

I’ve seen signs that say, “Well done Israel. Hitler would have been proud.”  I actually agree with the second part of the sign.  Hitler would have been very proud of all those people going after Israel for no reason other than the fact that it is run by Jews, and the fact that one of the most devious clever forms of anti-Semitism today is comparing Israel to Nazi Germany.

I am sure William Safire would have said it much better than I just did, but all we can do is imagine how well he would have picked apart this ridiculous and cynical argument. An argument we need to stop in its tracks.