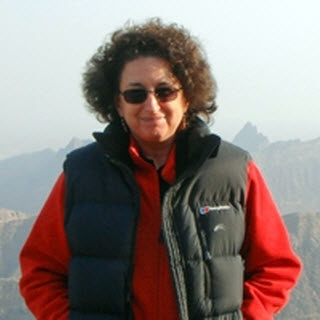 It was recently suggested to me that when I write one of these letters I refrain from personal attacks.  While I acknowledged and have even tried to follow that advice, it is next to impossible to express my feelings towards you without doing so.  The reason being that your attack on my people is not only infuriating but very personal as well.  I could make this quick and easy, call you a stupid idiot and sign off, but I first wish to make some critical points. Once I am done I promise to make my personal feelings very clear.

As a Jew whose parents survived the terror of Nazi occupation while 6 million of their brethren were murdered all over Europe, I take serious offense to you saying that “Jews in Israel have become Nazis”. Consider this the educational portion of the letter “Dr.”  To properly address this I first need to thwart your contention that those persecuted and killed by Hitler’s Nazi Party are similar to the Palestinians in the territories.  The Nazis were never threatened by the Jews in Europe.   Jews in Germany, the land where the Nazi party was formed, and I state the obvious because you give no indication of having knowledge of the obvious, were law-abiding contributors to society.  Jews in Germany did not form terrorist organizations that murdered women and children.  They did not have elements within their midst with an ideology committed to the destruction of the German people.  They were not claiming land and using that claim as justification to murder innocent people.  The Jews never asked for half of Berlin.  Palestinian leadership has been offered significant portions of land and refused each offer, preferring to continue the cycle of violence instead.  So to compare the conditions of the Palestinians to the victims of the Nazis already shows your lack of wisdom and credibility.

Second of all, to compare the actions of Israel’s government to the actions of Nazis is not only factually incorrect, but an insult to the memory of all the Jews killed by the Nazi Party.  Does Israel have death camps created to solve the “Palestinian problem”?  Are there chimney stacks in Israel spewing ash that is the last remnant of exterminated Palestinian men, women and children?  Do Israeli doctors perform experiments and torture Palestinians?  Are Palestinian being shoved into cattle cars and shipped to hard labor and concentration camps where they are starved to death, worked to death, shot or gassed? Are Palestinians being publicly humiliated for the amusement of Israeli soldiers?

Do you have any understanding of how ridiculous your comments are? I am guessing you know fully well and are driven by your own personal emotional issues. I do not know you personally, and frankly I don’t care to, but I do know that anyone who has so much self-loathing that their response to a little girl asking about horses would be a political and verbal slap in the face is likely very scarred from events in their early life.  Frankly I don’t give a horse’s hind quarters what you went through in life, I just wish you would shut up and stop showing this juvenile enjoyment you seem to be getting from insulting my people.

I end with 2 things.  First of all I want to make it very clear that referring to the Jewish people as my people and not your people or our people is not an oversight.  As far as I am concerned there is nothing Jewish about you and we’re better off without you.  Second of all, as promised, I will end by saying that  you are indeed a stupid idiot who has traded decency and morality for your 15 minutes in the spotlight. Ironically that makes you more like a Nazi than the people you criticize.