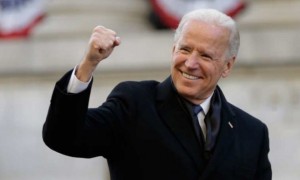 Either Vice President Joe Biden isn’t running for president in 2016, or he is and just doesn’t care if he wins or loses.  When you are on the edge of showing a toughness and a clarity displayed by his initial statements last week and then you backtrack, you’ve made a critical political blunder.

Last week Biden made the following statements regarding the involvement of the United Arab Emirates and Turkey in the growth of ISIS.

“They poured hundreds of millions of dollars and thousands of tons of weapons into anyone who would fight against Assad. Except that the people who were being supplied were al-Nusra and al Qaeda and the extremist elements of jihadis coming from other parts of the world,”

In regard to  Turkey he said the following: “President (Recep Tayyip) Erdogan told me … ‘You were right. We let too many people (including foreign fighters) through.’ Now they are trying to seal their border.”

When UAE and Turkey got all bent out of shape, VP Biden apologized to the 2 countries for saying they are partly to blame for the growth and development of ISIS.  But was he wrong?  Have these countries really done anything other than facilitate their development?  Is Turkey not more focused on showing venomous hatred for Israel than they are on not letting ISIS recruits travel through their borders?

At a time where the populations of countries in the western world are desperately looking for strong leadership, Joe Biden stood up and said what needed to be said.  Then the 2 countries he said it to got mad and he apologized.  So close Joe.  Oh so close.   It’s a lot like a school teacher trying to break up a fight in an out of control class, reprimanding the instigators of the fight, and then apologizing to these very same instigators when they get upset at him for the reprimand.   He almost took the necessary and strong action, he just decided against it when challenged.

Unfortunately the end result makes someone who came close to displaying the strength we need in these difficult times look very weak instead.   But he almost did what he needed to do.  Almost.