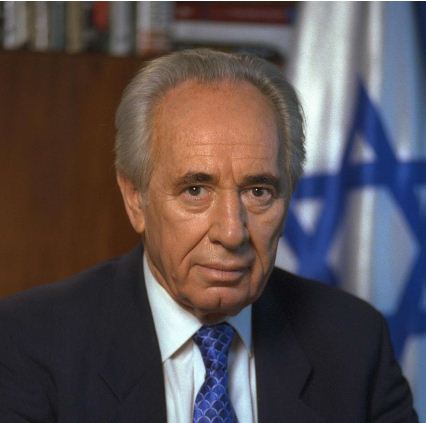 At a time in American politics when everything is so contentious, we look towards the State of Israel and remember one of its great statesmen.  Former Prime Minister and lifetime public servant for the Jewish state Shimon Peres passed away yesterday at the age of 93.  For so many years I never knew the difference between a left-wing politician and a right-wing politician when it came to Israel’s heads of state.  Yes I knew that Menachem Begin was more to the right then most and Shimon Peres was more to the left, but when it came to defending Israel against its enemies when under attack, it has always been difficult to see a clear difference.  Why?  Because Israel’s leaders have lived lives as protectors of the Jewish people.  This is not about politics, it is about gratitude.  Today we should take a moment and remember a man who devoted his entire adult life to the service of the State of Israel.

Rest in Peace Shimon Peres and thank you.

This entry was posted on Wednesday, September 28th, 2016 at 11:10 am and tagged with Israel, Jewish State, Menachem Begin, Shimon Peres and posted in Uncategorized. You can follow any responses to this entry through the RSS 2.0 feed.
« Open Letter to the Committee pursuing Disciplinary Action against the German Judge helping Holocaust survivors
Trump puts Democracy on Notice »