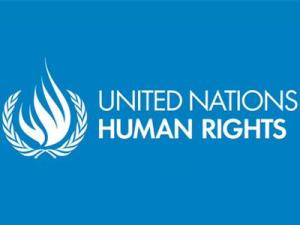 While people are literally getting beheaded and buried alive in Iraq, and a terrorist organization makes no attempt to hide its intentions, the United Nations Human Rights Council has decided to spend its time, and I am guessing Qatari money, on establishing a totally biased committee to investigate what they so happily refer to as Israeli War Crimes.  The United Nations is, for lack of a better term, hiding in plain sight.  They have been given so much free rein to act with impunity that it is a disgrace to modern-day civilization.  Their concern is not with right and wrong, it is with pushing an agenda, one that is clearly anti-Israel.  When will the world take measures to stop this corrupt group of people using funds  on biased witch hunts instead of on helping nations and people truly in need?  As of now there is no sign it will be any time soon.

CLICK HERE IF YOU WANT TO INVESTIGATE THE UNITED NATIONS

This entry was posted on Monday, August 11th, 2014 at 4:23 pm and tagged with anti-Israel, Iraq, Israeli, Qatari, United Nations, United Nations Human Rights Council, war crimes and posted in Uncategorized. You can follow any responses to this entry through the RSS 2.0 feed.
« The Egypt Factor
Robin Williams: Dead at 63 »

3 responses to “UNacceptable as usual”