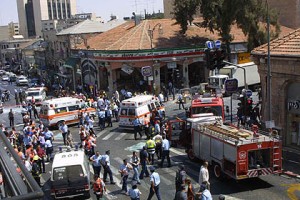 I write this as a follow-up to the post I wrote about how being a Liberal doesn’t mean tolerating anti-Semitism.  In this post, CLICK HERE TO READ, I make the statement that anti-Israel sentiment nowadays is, for the most part, rooted in anti-Semitism.   As I expected would happen, the following question was put to me by a fellow Jew and old friend.

“What about Jews who are not Zionists?”

Here is the answer I gave him:

I anticipated this question might be asked when I wrote the article. If one is opposed to the policies of the Israeli government and as a Jew is genuine, unless they are self hating Jews they are not the problem. As a Jew, should one ever tolerate the murder of another Jew? If their view is that Israeli policy is the murder of Palestinians, my question to them is the one I stated in the article. Is the intolerance balanced? And even if there is evidence and statistics to back up their stance, do they look at the whole picture? Do they recognize the threats Jews have always faced? Do they recognize the fact that Israel had war waged against it just for existing? Did they get at least as angry at this? http://mfa.gov.il/…/Suicide%20bombing%20at%20the…And do they recognize that someone such as Roger Waters making it his life’s mission to go after Israel and ignore countries guilty of much greater human right’s violations is motivated by a hatred of Jews not the love of people?

Where I personally hit a disconnect with like-minded people is that I often feel there is more going on than meets the eye.  It sometimes becomes fashionable to call someone anti-Semitic when their overall actions  don’t necessarily confirm the assertion.  I rather go after those who leave no doubt, such as Roger Waters and Alice Walker.  There are many Jews who are not Zionists.  Most of them are ultra-Orthodox.  By no means does that mean that all ultra-Orthodox are anti-Zionist, instead it means that the majority of the time a Jew opposes the State of Israel it is rooted in religious belief rather than political belief.  Either way, they are not the people looking to see the end of the Jewish people, and in my opinion, they are not the enemy.  I wish they were, for that would mean there would be no one out there openly trying to bring about our death and destruction, and our biggest foe would be fellow Jews with an anti-Israeli government approach. It would be a problem, but one we’d all rather be fighting.

This entry was posted on Thursday, March 6th, 2014 at 2:12 pm and tagged with Alice Walker, anti-Semitism, Israeli, Jew, Jews, Palestinians, Roger Waters, Sbarro, State of Israel, Zionists and posted in Uncategorized. You can follow any responses to this entry through the RSS 2.0 feed.
« Being Liberal doesn’t mean Tolerating anti-Semitism
Breaking News: Malaysia Flight 370 tells us we’re not as smart as we think we are »