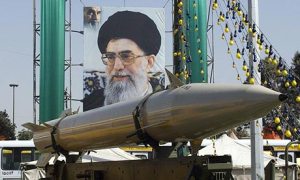 For those who want to even remotely consider accepting the word of a country like Iran, the following report should tell you exactly what kind of people are in control of this fascist government. In a report reminiscent of some of the most vile lies ever told about the Jewish people, Iranian state-run PressTV has come out with a report claiming that the Islamic State is selling Iraqi and Syrian children to Israel.  Their claim is that the trafficking is being done in order to take these children and populate the settlements in the West Bank.  READ REPORT HERE

This type of propaganda is the next step up from the Holocaust denial Iran has been so famous for over the years.  What makes it even more bizarre is that even as ISIL runs rampant through their neighboring countries, Iran somehow has found a way to bring Israel into the equation.  And yet, as usual, the world remains silent.  Some may have been mislead into believing that Iran has become a more reasonable and reliable player in global politics, but this report is just another example of how this Iranian government is run by liars potentially capable of the same evil as Nazi Germany.  Are these the people you would trust with nuclear weapons?  I think not.  The world better wake up before it is too late.