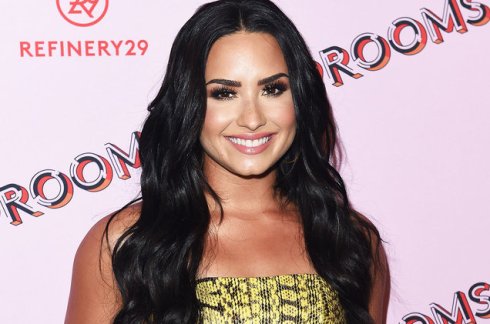 In light of recent attacks against you from all sides, I write this to you as a voice of reason and support.  While many jumped at the headlines, I took a few minutes to read what you did, what you were criticized for, and how you subsequently reacted on Twitter.  As a Jewish American and a Zionist,  I find it incumbent on me to write you this letter of support.

Not surprisingly, the anti-Israel, anti-Jewish mob came right after you.  For what? For doing nothing other than visiting the holy land, having a very spiritual experience, and thanking those who welcomed you and took care of you while you were there.  Since nothing less than a land without Jews is acceptable to those who ambushed you, they predictably made every attempt to shame and intimidate you.  Since I am not one to speak to another’s feelings, I do not know if they were successful or not in their efforts.  I do know that it is very possible and very forgivable if your reaction was something along the lines of  ‘I don’t need this shit. I was just taking a vacation’, and since it is not what one might call ‘your fight’, you did what you felt was the decent thing and apologized to anyone you might have offended.

A pet peeve of mine has always been when people go after the wrong people. This is one of the reasons I am taking the time to write to you.  I believe almost nothing exists in a vacuum.  I recognize the fact that you are not far removed from personal issues that put your life at risk and I respect and appreciate the fact that Israel was a place you chose to visit as part of your healing process.  Regardless of whether or not you and I share the same religious beliefs.  I also know that in this situation you are the victim.  These people who came after you do so from the position of one of the most disingenuous and corrupt false narratives ever perpetrated and come after you in an effort to use you as a pawn in their self-serving, Jew hating, power driven agenda.

When these same people, the supporters and activists of the BDS movement came after the Rolling Stones for performing in Israel, guess what they did? They added another concert.  When they came after Paul McCartney he basically told them to shut up and leave him alone.  When they attacked Lady Gaga for having the time of her life in Israel she ignored them.  And if they criticized Jennifer Lopez and Alex Rodriguez for their trip to Israel, it was drowned out by their praise of the country.  But in fairness, the celebrities I mentioned are significantly older than you are and are more seasoned in responding to attacks from various people and at least on the surface seem to not be recently overcoming battles to face personal demons that almost cost them their life.  Of course nothing would make me happier than for you to stand up to these people,  but in light of what you’ve recently been through and what you are fighting to overcome, I have no trouble understanding why you do not want to be in the middle of a political firestorm over an issue you never intended to be involved in.

So Demi, I am glad you had a wonderful time in Israel and when the time comes that it enters into your mind to go back and visit once again I hope you won’t let those who master intimidation and fraud stand in the way of what you want to do and I believe know is right.  I wish you good luck in all the battles you face in the future and a wonderful time on all your future trips.

Although I am not certain you are the correct person to address regarding this matter, I will start with you and go from there depending on the response.  As I am sure you are aware, there are a large number of people, not only from Long Island but from all over the tri-state area, and the entire world for that matter, that find Roger Waters to be an offensive anti-Semite with views riddled with hypocrisy and hate.  While I agree with the concept of keeping musical performances separate from political ideology, in essence meaning an entertainer can believe whatever he or she chooses to believe without having concern for their right to perform, in the case of Roger Waters this very issue is what makes it imperative that his upcoming concerts at the Nassau Coliseum get cancelled.  Please allow me to explain why.

As a Jew and a Zionist my personal views for Roger Waters are anything but positive.  His unrelenting attacks on the State of Israel, much of it through his activism in the BDS Movement, attacks that border on obsession, are so filled with a one-sided hate for the Jewish element in Israel, I would believe that alone would be enough to have him unfit to perform at your venue.  I do not sit here writing you this letter to make an argument for Israel’s policies regarding the Palestinians, but I will make a point of saying that anyone who refuses to even entertain at least some culpability on the part of Palestinian leadership is clearly biased in one direction.  Since that bias is directed towards the Jewish leadership in Israel it is clearly more than just anti-Zionism, it is unquestionably anti-Semitism.  In allowing his shows to go on, you are allowing an individual filled with hate to represent himself on your stage, a stage located in the midst of a vast Jewish population.

All that being said, there is a far more basic and solid reason to be made against his performance.  To quote his very own words, words he spoke in response to hearing of the efforts to stop his shows from going on,  Waters said his shows would not be cancelled, “insisting a performer’s rights should not be under attack because of his or her beliefs.”  This glaring hypocrisy from a man who has attacked and harassed some of the most established and successful musicians in the world for performing in Israel.  Here are a few examples of comments he made to fellow musicians.

“You stand shoulder to shoulder with the settler who burned the baby. The dead can’t remind you of the crimes you’ve ignored.”

To Thom Yorke of Radiohead

“My answer to people who say we should go there and sit around the campfire and sing songs: No, we shouldn’t. We should observe the picket line.  Anybody who’s tempted to do that, like our friends in Radiohead, if only they would actually educate themselves. I know Thom Yorke’s been whining about how he feels insulted, people are suggesting he doesn’t know what’s going on.”

To the Rolling Stones

“Regardless of your intentions, crossing the picket line provides propaganda that the Israeli government will use in its attempts to whitewash the policies of its unjust and racist regime.”

Star like Paul McCartney, Alicia Keys and Neil Young have all been pressured by Waters to cancel performances in Israel.  Sir Paul and Keys even revealing being the victims of death threats and intimidation, all spurred on by the same Waters who insisted  “a performer’s rights should not be under attack because of his or her beliefs.”

You have an unprecedented opportunity here.  Rather than cancel his concerts, you can make them conditional.  Conditional on Roger Waters publicly declaring the same stance towards performers choosing to perform in Israel that he feels he is entitled to on Long Island.  That being as he said, the right to perform somewhere regardless of one’s beliefs. Should he accept the terms, he will be exposed further as the hypocrite that he is, but in doing so an enemy of the only democracy in the Middle East will no longer harass his fellow musicians. Should he refuse and cancel his own concerts, the message you will send to the people of Long Island and many miles beyond will solidify the Nassau Coliseum as more than just a building with a big hall, it will establish it as a place where true performers and artists are showcased.  It will unquestionably be better for business in the long run and will establish a close bond with the community.

I am sending this letter to you first, but also intend to attempt to work on having it signed and presented as a petition in the hope that the number of signatures gives you an indication of how important this is to many people wishing to be future patrons of your venue.

THE MORAL LEADERSHIP OF LIONEL MESSI

This article originally published by the Jewish Daily Forward   http://forward.com/articles/181701/barcelona-soccer-star-lionel-messi-visits-western/     shows what a high-profile superstar looks like when his moral compass is facing in the right direction.  Lionel Messi preaches peace and football.  He is the sports version of Paul McCartney and someone  to be looked up to.  Let there be no question about that.  In fact, I like him so much I won’t even mind if he wins the FIFA 2014 World Cup for his country Argentina.  Unless they face the Netherlands again.