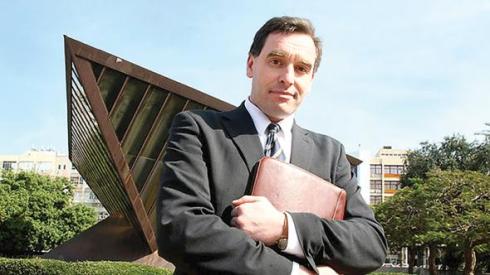 To whom it may concern,

I am writing this letter in regard to Judge Jan-Robert von Renesse.  I understand that a hearing is being conducted this week regarding whether or not his actions as a judge were appropriate in regard to his efforts to make sure Holocaust survivors continued to receive financial restitution from the German government as a result of what they lost during the Nazi Party’s control of Germany.  I am here to make it very clear to anyone who will listen with a pure and open mind that if this hearing is to take place, not only should his actions be deemed appropriate, they should be praised rather than punished.

71 years after the end of the darkest days in Germany’s history, despite the fact that this is one situation in one location, it is still a significant test as to where the country has evolved.  Germany since the fall of Adolph Hitler has been a very different place, assuming responsibility, becoming an important and positive force in the world, and working towards human rights in a way diametrically opposed to the evil philosophy of the Third Reich.  What has very much been a symbol of the new Germany is it’s willingness to accept accountability and feel guilt for it’s persecution and murder of millions of innocents; specifically the 6 million Jewish Holocaust victims.  Judge Jan-Robert von Renesse is a symbol of that Germany.  A man who is fighting to help those who suffered, while being fully aware that nothing can ever give back to any Jew from European descent all that was lost during that time.  Judge von Renesse shows in his actions that he realizes that whatever financial benefit he is working towards providing will never be enough to make up for what happened, but it will help individuals who suffered as a result of the horrors and it is at least the most serious effort possible to, as the old cliche goes, put your money where your mouth is.  If the question is whether or not his actions are deemed appropriate because of his status as a judge, the answer is a simple one.  A judge’s job is to enforce justice.  Enforcing total justice will never be possible, but Jan-Robert von Renesse is coming as close as humanly possible in as difficult of circumstances as any judge will ever see to doing so.

I am the son of Holocaust survivors from Germany’s neighbor to the west, the Netherlands.  75% of Dutch Jewry was wiped out by Hitler and his Nazi Party.  For many Jews it has never been easy to look at Germany in a positive light.  Nevertheless with decades of behavior showing a newer, more human mentality, Germany is seen by many as an entirely different country than it was during the evil regime in power between 1933- 1945.  This is an important moment.  It is a moment not to step backwards towards the darkness but to continue moving forward to the light.  The light that Judge Jan-Robert von Renesse  represents.  We are all watching.  Do what is right.  Do what is just.  Honor Jan-Robert von Renesse and support his efforts rather than punish them.