15 years after 9/11: An evolution from Horror to Pride 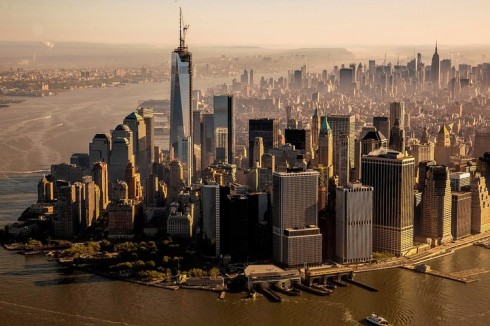 Everyone has their own 9/11 story.  Regardless of whether one lived in New York that day or not,  it is hard to find someone who does not remember where they were when they first heard of the attacks and how that day unfolded for them.  The closer one was to what happened, be it geographically or by emotional connection to someone there, the more horrific it was.  There were initially no positive feelings to speak of on that day.  All we saw and felt that day was fire, smoke, fear, horror, sadness and death.  But as is always the case with humanity, the world moves on.  It does not forget, often not forgiving, but it does move on, and often evolve.  Today, 15 years later on September 11, 2016, that evolution is more evident to me than ever before.

A valid argument can be made that the world is not a better place than it was 15 years ago today.  That being said, in between today’s moments of sadness and tears, a few things struck me.  The beautiful rebuilding of what became known that day as Ground Zero is a credit to the strength and resolve of not just New York City, but the entire United States. The Freedom Tower, now 1 World Trade Center overlooks Manhattan with dignity and character.  It sends the message to the entire world, specifically those who want to take our freedom, that on 9/11 as down as we were, we were not out and never will be.  The respect shown to our Police, Firemen, first responders, and Armed Forces all over the world on this day is a reflection of a love and belief in all that is good.  Even as America has its problems and conflicts, both internally and abroad, there is no denying the fact that evil is not what motivates its people.  If anything it is hope, and even more so, pride.

I do not remember the last time I heard the national anthem performed more often than I did today.  Nor do I remember the last time I heard more cheers for those who try their best, often thankfully with great success to protect the people. Today America felt to me more like a family than it has in quite some time. In the midst of a contentious political cycle, differences were set aside and the good people of the United States of America stood as one in remembering those who died as a result of an attack on our freedom.

Knowing what the perpetrators of evil are capable of, it’s not a stretch to say that the world is a more scary place than it was on September 10, 2001, one day before the attacks. But whether that is true or not, the one thing I know as I sit and write this is that defeating all that is good in this world is not nearly as easy as those who commit acts of evil would like it to be.  Today, on September 11, 2016 Americans once again made that clear to the world by remembering that day as a day of of horror while standing tall with pride in all that is good and that which was not lost, our freedom.