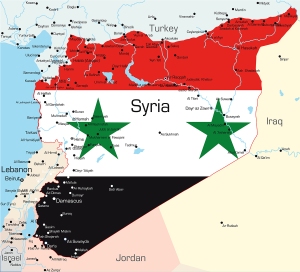 As a supporter for Israel I have no difficulty in saying that I despise the current Syrian regime.  Starting with the current Assad’s father, this dictatorial fascist government has been a catalyst in attacks on Israel and a financier of worldwide terrorism specifically against Israel and world Jewry for decades.  With that said one would think I would be in favor of a U.S. lead attack on Syria in response to the evidence of chemical weapons being used by the government against the rebels in the ongoing civil war.  This is not the case at all.  Not only am I not in favor of United States involvement in Syria, I’m more opposed to it than I have been to any military action in a very long time.  The reason being is that it is clear to me that nothing good will result from any type of US lead attack.

The first question that comes to my mind, one that I asked a week ago, is why now?  Why is it so much worse that people get slaughtered with chemical weapons than it is that they get blown apart by a bomb?  My mother, who is 91 and a survivor of the Holocaust, gave me what I consider to be the best answer to that question.  Her response was, and I am paraphrasing; ‘others get involved when it scares them and they are in danger.  If Syria has chemical weapons they can use it elsewhere.  They don’t care about the other people.  They only care about themselves.’

If we think the people we are pretending to care about don’t see this as well then we have become blinded by our very arrogance.

I don’t have a problem with our government or any other government looking out for the safety of its citizens, but I do have issue with it being done behind the smokescreen of concern.  It eliminates the full and honest disclosure necessary to deal with a crisis of this magnitude. And make no mistake.  This is a major crisis.  The Syrian government is backed by Russia, a powerful and important player in world politics and one we are already at odds with.  The collapse of governmental structure in Syria could lead to chaos that could indeed start a major conflict involving multiple nations aligning on different sides.  The Syrian crisis has immediate impact on Israel, Turkey, Lebanon, Iran, Iraq and Jordan.  This would follow with a multitude of other countries likely getting involved.  Although Russia has not taken a hard stance against US involvement, the relationship it has with Syria is a wild card that makes this an even more dangerous venture.

I am generally in favor of anything that protects the State of Israel.  This would not protect Israel nor would it bring any additional stability to the crumbling region.  Syria is already an enemy of Israel and the Jewish people and has and will continue to harbor and support terrorists committed to its destruction.  The Israeli government is fully aware of this and has and always will take the appropriate action to ensure the safety of its people and neutralize the enemy.  A US attack on Syria does neither.

I am not a bleeding heart who is opposed to any type of war.  However, of all the reasons to go to war, going to war to send a message is one of the most barbaric and unproductive.  If someone can show me how bombing Syria accomplishes anything more than that I am willing to listen.  I just don’t see it that way.