Open Letter to Carl Maziali, VP of Media Relations at USC Regarding his acceptance of a faculty member’s mockery of the Holocaust 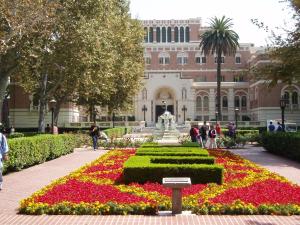 I find it hard to believe that I even have to write a letter of this nature to the Vice President of Media Relations of an established and respected university.  I’ve heard many anti-Semites spew their filth the direction of my people, so when an Iranian mocks the murder of 6 million Jews I’m no longer surprised, but when a representative of an institution such as USC excuses and sanctions his behavior I realize our society has reached new lows.  I also believe someone has to answer for it and be held accountable.

I am referring to the professor in your school by the name of Alireza Tabatabaeenejad, who in a series of tweets made it very clear what he thinks about the Holocaust. It all started when Professor Tababajabadahut defended Iran’s Holocaust denial cartoon contest by asking what is anti-moderation about holding such a contest.

It went on further when Tabababumble was confronted by Noah Pollak, Executive Director, Emergency Committee for Israel on twitter:

@alirezat I mean, do you think a million were killed, or around 6 million, or in between? Just curious as to how you think about it

@alirezat bad analogy. This wasn’t a murder. It was a genocide carried out in the name of anti-Semitism. Try again.

For me to address Tababuthead’s comments would be giving him more credibility than he deserves  and it would imply that I think you need me to make you aware of the despicable nature of his comments, which I am sure you don’t.  Your response when confronted on his comments was, “professors can say whatever they want.”  Interesting.  So does that mean it would be acceptable in your opinion for a professor to say something along the lines of slavery was no big deal, or all people who get AIDS deserve it? Since you are not debating the morality and ethics of the comment, merely the professors’ right to say “whatever they want“, one can only infer comments such as these would also be acceptable under your interpretation of USC’s guidelines.

Your approach is a disgrace, and to make it seem as though you are hiding behind some sort of free speech concept is cowardly and weak.  USC is not a government institution, it has rules, and these rules need to be enforced, regardless of whether or not you personally like Jews.

This needs to be addressed and corrected or brought to the attention of as many people as possible.  That choice may very well be yours to make.