Was today a good day for Israel? 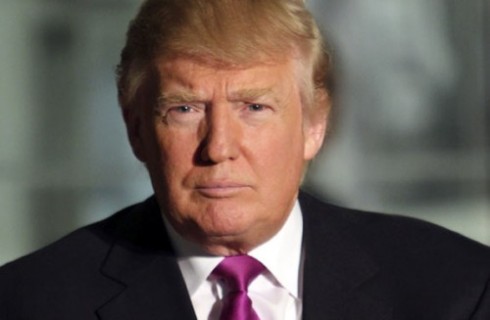 Over the course of the past 3 years I have prided myself in being an atypical centrist when it comes to my feelings for President Donald Trump.  Of course we live in a time when that stance is most unlikely to get approval from others, but since I do not take this position for the sake of popularity, rather because of what I see and hear, it’s of no consequence.  When it comes to the President’s policies toward Israel and the Jewish people my position is also somewhat in the middle.  I will without apology or pause, debate those who call him an anti-Semite.  No matter what else you may say about this man it is clear to me that he has so many Jews not just in his inner circle but in his family that it is next to impossible for this man to be an anti-Semite.  However, while I feel joy and appreciation for his behavior towards Israel, exemplified by the move of the US Embassy to Jerusalem, I have also openly stated that I am not at all sure that what he does is good for Israel.  So let me be very clear.  While I am convinced Donald Trump has value for Jewish life,  I have been less than convinced that his actions are ultimately good for Israel.

At this point, rather than sharing any more of my opinion, I will show you the words of 2 people.  The first words are those of President Trump earlier today when speaking about Turkish President Recep Tayyip Erdogan .

He’s a friend of mine.

I have great respect for him.

He’s a leader. He did a terrific thing. They were lucky it was him that made the decision.

Now I will share with you some of the words of the man he was praising.

With the strength of Jerusalem in our feet, let’s march together…let’s come and unify and be together and fight the tyrants with one hand, with one strong fist.

The world’s Muslims must take a physical stance on Israel.

Each day that Jerusalem is under occupation is an insult to us.

I don’t approve of what Hitler did, and neither do I approve of what Israel has done. When it’s a question of so many people dying, it’s inappropriate to ask who was the more barbarous.

Why do I take a centrist position? Because very little in this world is black and white.  When you couple that with a political world in which we likely do not know nearly as much as we think we do, the truth is even more murky.  Will the President’s position towards Turkey and its Jew-hating leader hurt Israel, now that he has in essence given him Northern Syria, more power and influence in the region and betrayed the Kurds, an ally of Israel ? I certainly hope not.  But I would ask those who can see no wrong in anything Donald Trump does to watch this situation very carefully and be honest about  your conclusion.  Even if it is that what is taking place in Northern Syria is just a way to take away from discussion of impeachment.  Like I said, we really don’t know for sure and very possibly never will.

This entry was posted on Thursday, October 17th, 2019 at 3:41 pm and tagged with Donald Trump, Israel, Kurds, Recep Tayyip Erdogan, turkey and posted in Uncategorized. You can follow any responses to this entry through the RSS 2.0 feed.
« Our connection to the departed and a Yom Kippur Message
Open letter to Washington Post Editor Martin Baron regarding headline of death of ISIS leader »