How Dr. King and the Chofetz Chaim can unite African Americans and the Jewish people 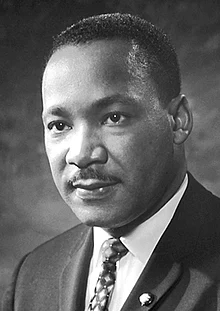 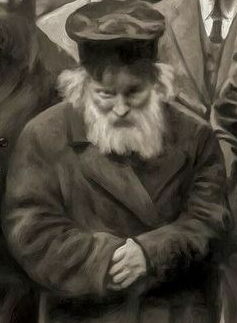 I hope the day is close where looking at everyone as equal is no longer seen as a political perspective.  As a Jewish American I have always been cognizant of the importance of a strong relationship between Americans of color and the Jewish people.  Although there are some significant sociological difference within our communities, at the very core there is one vital and powerful similarity.  We are both strong minorities playing an enormous role in the development and growth of our country and building towards a better future.

Unfortunately there are those who for political or economic gain put a wedge between our 2 communities, often creating a tension and even worse outright conflict.  On this Martin Luther King Day I implore those in both communities to unite as Americans and realize the importance our friendship has to both of us and the benefit a strong working relationship can offer our future.

But don’t take my word for it.  See the similarity in quotes from 2 men.  One who is widely recognized as one of the greatest Rabbis of the 19th and 20th century, Rabbi Israel Meir HaCohen Kagan, better known as the Chofetz Chaim, and one of the great Americans of the 20th Century, Dr. Martin Luther King Jr.

Here are the quotes I speak of.

You can’t drive away the darkness with sticks or weapons. The only way is to light a candle and the darkness will disappear by itself. Our candle is the Torah.- The Chofetz Chaim

The Chofetz Chaim passed away in 1933, 35 years before Dr. King was murdered in 1968.  Yet these 2 men, both great leaders, both saw that the way to eliminate the darkness of this world was to bring forth the light. The light of love, not of hate.  We are 2 communities that will thrive if we live by the words of our leaders starting within our communities before expanding to an effort between our 2 communities.  Two men who wanted a better world not just for themselves, but for the world they lived in can teach us all a lesson from the amazing similarity in philosophy coming from their heart and mind, and let us use this lesson to be a source of light in this increasingly dark world.

This entry was posted on Monday, January 21st, 2019 at 11:55 pm and tagged with Chofetz Chaim, Martin Luther King Jr. and posted in Uncategorized. You can follow any responses to this entry through the RSS 2.0 feed.
« On the anniversary of Kristallnacht, of course I condemn. But first I remember
5 Passages to Bram: Passage 1: Leendert & Marianne Groen »