Americans are Looking for a Hero 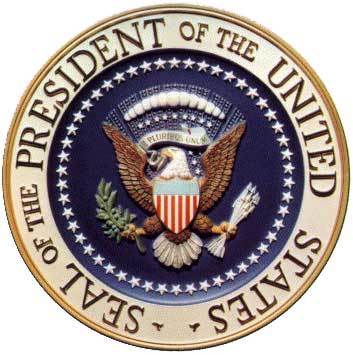 The ongoing saga surrounding the search for the next President of the United States is an almost overwhelming exercise in analysis and judgement flooding the press and social media.  It’s clear that everyone is in search of something.  The obvious question is what?  The answer is a very simple one.  People are looking for a hero.

8 years ago, some in America thought they found their hero in Barack Obama. Partisan politics pretty much guaranteed that a majority were Democrats, but that being as it may, a significant percentage of these people did hold hope that this president would save the country from its growing travails. Today, although there are some who still may see the current President in the same light, many people are disillusioned by their perception that he has been anything but the hero they so hoped he would be.  As the country narrows down it’s search to 5 people, potentially more depending on how the conventions go, what is glaringly apparent is that the people need a hero now more than ever.

Whether you like them or not, the two candidates feeding into that need the most are Donald Trump and Bernie Sanders. It can’t be denied that to the liberal college student Bernie Sanders is a champion unlike any they’ve seen in their lifetime.  The fact that most are only old enough to be voting for the 2nd time at best, plays into this a little, but be that as it may, many of the more liberal and disillusioned of all ages are certainly”feeling the Bern”.

Although his supporters include different types of people, Donald Trump is most definitely the hero of a large percentage of white blue collar males.  Feeling forgotten and betrayed by their government, many of these people feel the message of Trump is either more important than his delivery, or are staunch supporters of not only what he says, but how he says it.  Many women who support him, even those distancing themselves from his, at best questionable behavior towards women, still see him as the one person in the race that can save the country or as he says,”Make America Great Again”.

This issue also magnifies the biggest problem facing Hillary Clinton.  There is a percentage of her supporters who are energized and excited by her candidacy, and some men and many women who find the prospect of her being the first female President heroic from an historical perspective, but the various scandals she is connected to or allegedly involved in, are certainly enough to cause someone to seriously question her ability to govern at all, let alone be that hero so many people are looking for.

Candidates like Ted Cruz and John Kasich may be getting more votes because of people that like them better than the other two, Trump being the third, than because of being seen as the statesman, or woman people are so desperately in search of.  In the case of Cruz, there are so many people who don’t like him, it’s impossible to imagine he would ever be seen as a hero to any significant majority of American people.  Then again, before 9/11 Rudy Giuliani was at best a good Mayor to some, many people did not like him at all, while after 9/11 some were comparing him to Winston Churchill.

It was Shakespeare who wrote, “Some are born great, some achieve greatness, and some have greatness thrust upon them”.   The truth is that as much as anyone seems sure of who would be good and who would be bad for the country, none of us know for sure.  We think we do, and we often vehemently say so, but until any one of these candidates is in the position of leadership we just don’t know for sure.  Many who felt that they knew Obama would be great now feel very differently and it’s safe to say that many people did not know that Harry Truman would have the courage to make what might have been the hardest decision a President ever made in order to end a war. What we can be fairly certain of is that whoever is chosen as the next President, he or she will most likely be severely tested.  The danger facing the country is twofold.  The first one, which is the more basic of the two, is that should the next President not be up to the task, failing these tests could be catastrophic, not just for America but the entire world. The second danger is that if the President is unable to accomplish the most basic needs of the nation, keeping it safe and improving its economy, the backlash will be so severe that the continuing search for that populist heroic leader could bring about a devastating collapse in the political structure.  It’s not far-fetched to say that the stakes have never been higher.

This entry was posted on Tuesday, April 5th, 2016 at 11:54 pm and tagged with Barack Obama, Bernie Sanders, Donald Trump, Harry Truman, Hillary Clinton, John Kasich, Shakespeare, Ted cruz and posted in Uncategorized. You can follow any responses to this entry through the RSS 2.0 feed.
« Why the big voter turnout in the Presidential Primaries won’t translate to the General Election
The Real Reason Donald Trump is Dangerous »