How The Gun Debate Magnifies the biggest problem in American Politics 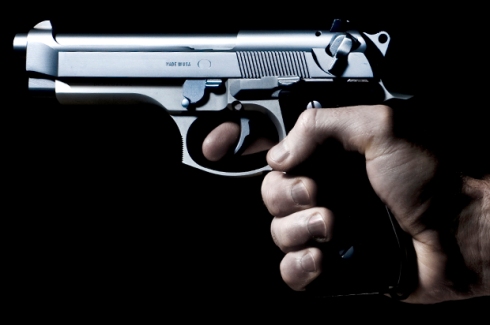 A valid argument can be made that the present gun debate does wonders for the campaign of Republican front runner Donald Trump, or any outsider candidate for that matter.  This is one of those bizarre debates in American politics in which one side vilifies the other in order to gain an upper hand with the American electorate even if in reality most people want the same thing.

I say this because regardless of whether the person reading this is a Conservative or a Liberal, chances are they are a decent human being that wants to see a reduction in the amount of deaths caused by gun violence.  But that’s not how each side portrays the other.  Sadly, and to the benefit of the non-politician in the presidential race, too much of what we hear about all day is how the other side doesn’t care about the safety and well-being of the average citizen.  If we are to be honest, and not opportunistic campaigners for a political party or candidate, we’d start from the premise that most Americans want a safer country.  The big debate only needs to be about how to make that happen.

In fairness there are many whose discussion revolves around what is the correct way to achieve the desired goal.  Unfortunately however, there are far too many people on the right who like to portray anti-gun Liberals as people who hate America, and far too many people on the left who portray pro-gun Conservatives as barbaric and irresponsible. For the most part both of these narratives are unfair and untrue.  You want to argue about policy?   I totally get that.  But if you want to debate intent, all you are doing is disillusioning an American population already disgusted with the typical politician.  The result?  A candidate like Donald Trump.  It doesn’t even matter whether or not he makes the same claims about the left as other Republicans. What matters to people is that he doesn’t represent politics or politicians as usual and therefore becomes a breath of fresh air to the disillusioned.

At this critical juncture in history, all Americans need to make the same demands of their leaders. Demand that they worry more about getting the job done and less about winning elections. Worry more about putting together a plan that works towards making the country safer and less about putting together a strategy of how to discredit your political opponent. Otherwise we’ll all be left with a crumbling society more focused on the entertainment of a political debate than the safety of upcoming generations.  Or possibly the biggest gamble in American political history.  The presidency of one Donald Trump.

This entry was posted on Tuesday, January 5th, 2016 at 3:38 pm and tagged with Conservative, Donald Trump, gun control, liberal and posted in Uncategorized. You can follow any responses to this entry through the RSS 2.0 feed.
« New Year, same Double Standard
The Story of an Old Friend and how I followed his Passing Away on Facebook »