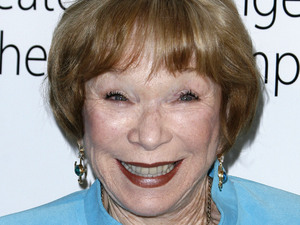 Your recent comments regarding the 6 million Jewish victims of the Holocaust in Europe were so ridiculous I originally chose to ignore them, but sadly like so many other idiots today you have an audience that actually cares what you say.  Therefore I am left with no other choice other than to address your most recent public display of insanity.

You asked the following question.  “What if most Holocaust victims were balancing their karma from ages before?”  I keep looking at this thinking I must be in some kind of twilight zone.  I won’t waste words asking you if you are out of your mind since the evidence supporting this is clear, but I will ask you this question. How dare you?  These weren’t 6 million fighting soldiers killed. These were regular people. Innocent people.  Not just young strong men but the elderly, the sick, women and children.  My mother worked as a nurse in a Jewish hospital in Amsterdam and watched as the Nazis took sick people on gurneys and transported them to gas chambers.  Do you honestly believe that any decent force in the universe would cause this to happen as a means of balancing out karma?

Would you like to hear my theory?  Besides the fact that you are just plain bat-shit crazy, you are so distressed over your own life, so angry over wrongs you felt done to you over the years, and so scared to go after the bad people, that you decided to do what all modern-day cowards with deep inner pain and an audience do.  You went after the Jews. Let’s be real here.  Despite the claims people like you might make about the barbarism of the Jews and the government of Israel, your life is not in danger even after you desecrated the memory of 6 million murdered Jewish souls.  It is this understanding that emboldens fools such as yourself.  The knowledge that you can say anything to the Jews and not put your life in danger is what makes you “brave”.  Quite frankly, I am proud that we are like that and hope it never changes.  I also hold no hope that people such as yourself will ever understand that very fact about our nature proves how wrong you are about your karma theory.

In closing I have this piece of advice.  Either seek mental help or change your therapist, for whatever you are doing now isn’t working and the more you speak the more all sane people realize how out of your mind you truly are. Either that or you are actually a reincarnation of a buffoon.  Regardless, in the meantime it would be great if you would just shut up.

This entry was posted on Wednesday, February 18th, 2015 at 2:37 pm and tagged with 6 million Jews, Amsterdam, Europe, Holocaust, karma, reincarnation, Shirley Maclaine and posted in Uncategorized. You can follow any responses to this entry through the RSS 2.0 feed.
« Calling the President’s bluff on Netanyahu’s Speech
Why I “Liked” the Page of a Muslim Man »