Who am I to advocate Force? 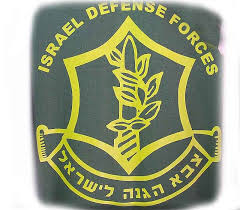 I often feel guilty when I come out in favor of the Israeli Defense Forces (IDF) taking the harshest of approaches.  After all, who am I to say this?  I live in New York.  I do not live in Israel, I do not live in Judea, Samaria, or Southern Israel.  I do not have children being called up to fight and risking their life to do the things I comfortably encourage from a safe air-conditioned home in the United States.

Who am I?  I am a human being, I am a Jew, and I am the son of Holocaust survivors.  I have made every attempt in my life, both in practicality and in theory to learn lessons from the past.  Sometimes successfully, sometimes not.  If there is one lesson I have learned, and I truly believe it may be the most important lesson of our time, one that could mean the difference between the death or survival of modern civilization, it’s that we can not apply rational standards to irrationally thinking people.  Do I believe the answer is to wipe out anyone who lives by those irrational standards?  Of course not.  Do I believe re-education of the greatest kind is needed. I do.  I also believe that sometimes the only way to begin that re-education is by a show of force of the most enormous proportions.

Two of the most civilized nations today, and strong American allies, are Germany and Japan.  Go back 70 years ago to the year 1944 and no one would have thought that to be realistic.  Yet the world was saved, at least temporarily by the drastic change in direction initiated by the allied forces basically pounding the two nations into submission.   Many people who wanted nothing more but to live a decent life died in the process, on both sides, but the fact remains that with the strong force brought on to both of these nations, history was changed for the better.

We face a similar threat today, at least as far as its potential danger, even if the landscape is very different.  Many people such as myself, who believe a powerful approach is needed against our enemies, are getting criticized for our viewpoints.  “Jews don’t act like that, the enemies do”, is one of the things I have heard.  To that I reply, yes, in the past we did not.  But we also say Never Again.

I find the murder of any innocent person to be tragic.  But I also believe in the phrase coined by our ancient Rabbis in Ethics of our Fathers, “im ain ani li mi li”, which translated into English means, “If I am not for myself, who will be for me.”   As a Jew, my sad assumption is that as a collective, there will be no one. There are many righteous people who have and would sacrifice their lives to protect innocent people, Jew and non-Jew alike, but there are no nations or groups who will look after the Jewish people any better than their fellow Jews will.

So although I feel somewhat guilty for sitting in comfort and speaking in favor of force by the IDF, as a Jew who has learned from history I would feel more guilty if I did not.

This entry was posted on Thursday, July 3rd, 2014 at 11:59 am and tagged with Allied forces, American, English, Ethics of our fathers, Germany, Holocaust, IDF, Israel, Israeli Defense Forces, Japan, Jew, Judea, Judea and Samaria, Never Again, New York, Rabbis, Samaria, Southern Israel, United States and posted in Uncategorized. You can follow any responses to this entry through the RSS 2.0 feed.
« They are Sanctified through Our Unity
Blame the Ref! »