A Kidnapper only a Mother could love 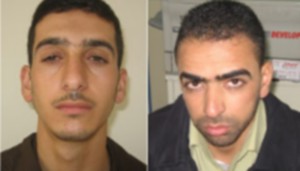 The old saying, “it’s a world gone mad” has taken on a new meaning.  We now live in a world where mothers can be proud of their sons for kidnapping without the world showing outrage.  Let’s look at this objectively.  If an Israeli missile kills civilians being used as a human shield by terrorists, the world now calls it genocide.  But when 3 young students, yes students, not soldiers, not terrorists, not “freedom fighters”,  students, get abducted for merely being Jewish, the mother of one of the suspects can speak of her son glowingly for his crime.  When asked about her sons suspected involvement in the kidnapping, the mother of Amer Abu Aysha said that “if her son did take part in the kidnapping, she was proud of him and hoped he would continue to evade capture, both by Israeli and Palestinian Authority security forces.”
Read more: Israel names suspects in kidnapping of three teens | The Times of Israel http://www.timesofisrael.com/israel-names-suspects-in-kidnapping-of-three-teens/#ixzz35mHZ1BIU
Follow us: @timesofisrael on Twitter | timesofisrael on Facebook

Are people so scared that they dare not speak, or has the world plummeted that far into a moral abyss?  Once again I ask the hypocritical anti-Semites masquerading as human rights activists, where is your loud voice now?  Or will this be one more example of how you only care about the lives you give value to?  Jewish lives are clearly not included.

Bring Back our Boys!

This entry was posted on Thursday, June 26th, 2014 at 4:14 pm and tagged with Amer Abu Aysha, anti-Semites, Bring Back our Boys, Israeli, Jewish, Palestinian Authority, terrorists, Times of Israel and posted in Uncategorized. You can follow any responses to this entry through the RSS 2.0 feed.
« Yes indeed…We’re everywhere
Thank you Ted Cruz: Bring Back our Boys! »