I’m Jewish. I must be cheap. 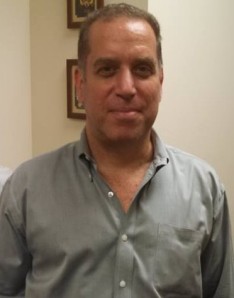 As a proud Jew and son of Holocaust survivors, I always have my radar on for blatant or subtle anti-Semitism.  As an individual I try not to take myself too seriously, but as people who know me will verify, I am not always successful.  When these two factors meet, I sometimes find myself in a quandary.   How do I react to anti-Semitic remarks without falling into the trap of being too self-important and how do I distinguish between innocent, albeit misguided perception and unabashed bigotry?  Case in point, the “cheapness of Jews”.

If the comments were rare there would be nothing to speak about.  However, somehow the Jewish people have gotten the reputation of being significantly cheaper than other ethnic groups.  Partially because I don’t feel like doing the detailed research, but more importantly because I don’t think it matters at this point, I am not going to address the origins or accuracy of the perception.  What I will say is that for many people, even those who have never witnessed a Jew being cheap on a major scale, the statement, “Don’t be a Jew”, or “I Jewed him down” is what they would just refer to as a figure of speech.  However, it is unquestionably a racial slur.  The show Sponge Bob Square Pants has a character, Sponge Bob’s boss, whose whole character revolves around how cheap he is, and he is portrayed as Irish, not Jewish, because a cheap Irishman is not a stereotype per se.

Be that as it may, I find myself increasingly uncomfortable when hearing these comments and somewhat at my wits end.  To understand why I have no clue on how to address it, other than maybe moving to Israel and only living amongst Jews, here are three examples of what I, a very Americanized and modern Jewish man has had to listen to.

The first case is an African American friend of mine, and I call him a friend because his actions toward me have been helpful and seemingly genuine, when talking about a business deal he is in the process of making, consistently will make the comment, “I tried to charge him a certain amount of money but he kept Jewing me down.”  The irony is that this man is someone who generally lives by a high ethical standard and knowing I am positively Jewish and the son of Holocaust survivors, always seems to show and appreciation and respect for my background, except when making a comment that would get a news reporter fired due to its racially offensive overtone.

The second case was when spending time with a friend who was somewhat intoxicated, he referred to a black co-worker who did a favor for him, and then charged him more than he originally agreed to, as a “Black Jew”.  In the course of his semi-drunken rant it was abundantly clear that he threw in the word “Jew” because he was calling the other man cheap and that it was unquestionably an attack on his behavior.  However, whenever discussing anything about my heritage with me, he’s been nothing but respectful.

The third case was a woman I dated.  Being someone who is frugal with her money, and not Jewish, I guess she felt she was bonding with me when she said, “I’m cheap.  I could be Jewish.”  And yet, she was someone who I witnessed showing respect to Jewish people and always seemed to show respect for who I was and where I came from.  Nevertheless, when the statement was made, due to the compounding discomfort I have from all of the people who refer to Jews as cheap, I was at a loss for how to react, and subsequently sat silently without reaction.

Some of you reading this may say that I just need to make better choices on who I spend my time with.  You may be right.  However, I am not only exposed to these statements in private environments, but in more public forums as well.  I am sure that many of you reading this have experienced the same thing that I have and find it as hard to handle as I do.  Part of what makes it so difficult to deal with is the fact that the people saying these things are often not anti-Semites, they are just unaware of the discomfort the comments cause myself and others like me.  The problem is that I hear it so often that a degree of fatigue has settled in that has resulted in me often remaining silent, especially when the comments are made by people I know as not being anti-Semites.

This entry was posted on Tuesday, February 25th, 2014 at 12:11 pm and tagged with African American, Americanized, anti-Semitism, Holocaust, Irish, Jew, Jewish, Sponge Bob Square Pants and posted in Uncategorized. You can follow any responses to this entry through the RSS 2.0 feed.
« Remembering Harold Ramis
How the Oscars Helped Show the BDS Movement’s Lack of Credibility »