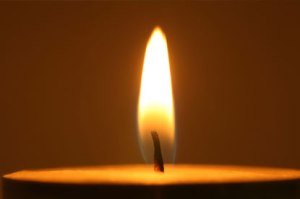 I was inspired to write this post by the recent rape and murder of the woman in India.  The woman was gang raped on a bus, her body abused and injured in the most awful ways imaginable.  She survived initially only to later die from her horrific injuries.  The things done to her were so heinous and barbaric that you would think these actions were done to her by animals instead of people.

But the quandary is that this was done to her by people.  My initial reaction was to ask, what have we become?  Then I stopped and thought about man’s actions throughout history and the cruel behavior of people from so many different places towards their fellow-man and realized we’re not in the midst of a new evolution of human cruelty at all.  We just have the means to find out when it happens.  I mean no disrespect to all the other victims of cruelty throughout the world when I say how this one event made me reassess the “image of God” concept.  I just was struck by not only the brutality of this one crime, but the joint brutality of it.  Were all these men who committed the same sever acts of violence and cruelty created in God’s image? I certainly find it hard to believe that the answer to that question would be yes.

This issue goes beyond the question of man’s creation in God’s image.  Instead it goes to the very question of God’s existence.  The mere question will offend some while other’s will nod their heads in agreement.  We’ve all seen people question God for reasons far less impactful than the plight of the woman in India and in some cases we’ve done it ourselves.  Human nature tends to question God when things are wrong more than feel more secure about God when things are right.  We’ve all heard the idea that some believe when things go wrong, God did it, while when things go right, they did it.  So there is no question that when it comes to belief in God it always comes down to faith, because as many things that we can find to prove God exists, so too we can find reasons to question it.  This is a fundamental issue that everyone needs to determine for themselves, but assuming they come to conclusion that there is a God there is still no answer to the original question of  how is it God’s image what we see in this world today and in days past?

I do not believe that the word image is referring to anything physical, being that my belief system does not buy into the concept of God ever taking the physical shape of a man.  I do however look at the term “image” conceptually as being like a picture.  A picture is a reproduction of something that takes on the appearance of something while being unable to do anything that goes beyond the initial appearance.  For example, a photograph of a loved one who has passed on can be a perfect likeness, but the person is not actually there.  Only their likeness is.  They can not speak to us from the picture.  They can not hug us or kiss us.  They can guide us, but only in regard to the feelings they cause.   But regardless, we see the picture as we want it to be.  It is our choice how we interpret the image.   It is my personal conclusion, and the conclusion of many others, that when a man or a woman commits an act of kindness, generosity, or love, they are truly mirroring what God is in their eyes.  When man creates an act of evil, he is either motivated by ignorance or indifference towards God.  The ignorance is very simply a lack of knowledge of right and wrong, while the indifference happens when committing acts of evil with no concern of consequences either from man or God.    Does man act as an image of God?  Too often not.  Is man created with the ability to?  Yes.  Will the human race ever reach that level and how do we even attempt that? I don’t know the answer to that.  But the mere thought of the possibility may be what gives people hope in what is often a harsh and unpleasant world.

This entry was posted on Monday, January 14th, 2013 at 11:27 am and posted in Uncategorized. You can follow any responses to this entry through the RSS 2.0 feed.
« Happy Birthday to a Woman of Valor and My Mother
Next Post »

One response to “UnGodly Images”