A Day of Funny Mishaps, Good Company and Chocolate Wine 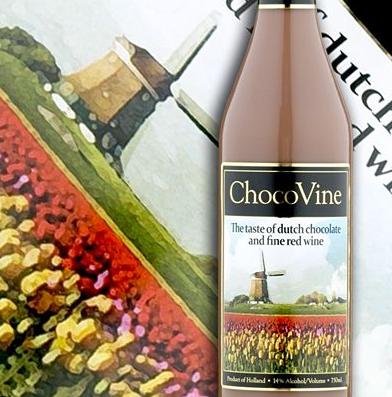 The purpose of Holland’s Heroes is primarily to promote the book  “Jew Face”.  As many of you already know, I often use this forum to discuss matters of the day and personal views or philosophies.  In this particular post however, I will be doing none of the above.  Instead this is me keeping a promise and sharing the events of what was a fun day filled with a series of minor incidents and mishaps, none of which would spoil the festivities.

As I do not use this forum to discuss my personal life in any detail, and since I believe in honoring and respecting the privacy of others, I will be somewhat vague in regard to the people involved when telling my story of December 25, 2012.

The plan was for me to be at the home of a special friend (the use of the world special here is all any of you nosey ones will get) in Queens by 4:30 so that we could travel from there shortly after 5 to her mother’s friend who had invited all of us to enjoy the Christmas festivities.  The woman we were visiting, a very friendly woman I had met just a few days earlier, was kind enough to invite me to her home and enjoy excellent company, food, and drinks.  I must say, as someone who is a lightweight, it feels like I’ve already had more alcohol between Thanksgiving and today, as I write this the date is December 27, than I had the previous almost 11  months of the year.  And that is before I even celebrate New Years and my birthday which will fall this year the day after New Years.  If you are scratching your head you passed the “is the reader paying attention?” test since New Years is on January 1 every year and my birthday falls the day after New Years every year on January 2.   Anyway, I arrived near my friend’s home, got off the bus, ran across the street, tripped over the island, stumbled, regained my balance and made it to the other side just ahead of the oncoming traffic.  Incredibly lucky to be alive (the drama is just for effect, it wasn’t THAT close), I made it to my friend’s house and waited with the 2 lovely ladies for the car service that was to take us to the party.

When the car arrived we put 3 large bags in the trunk of the car.  Being the man in the group, I decided it would be appropriate and mildly macho to carry 2 of the 3 bags, so when we arrived at our destination I went to take out the same 2 bags.  As I pulled away from the trunk I saw something in the trunk that might have fallen from one of the bags.  I moved forward to double check the trunk exactly at the same time that my friend, someone who I thought actually cared about me, pulled the hood of the trunk closed on top of my head.  The assassination attempt was not successful however and I still live to tell the story, even though I had to wait 2 days till my memory returned and the headaches subsided (more nonsense since 5 minutes after it happened I felt perfectly fine).

The house was filled with Christmas decorations.  And when I say filled, I mean it did not matter which way you turned your head.  Lights, ornaments, statues were everywhere.  The only problem is that since most houses are not equipped to use as much lighting as the Empire State Building, within 10 minutes of being there different fuses took turns turning off.  Of course the upstairs fuse went off just as we were walking up the stairs to drop off the coats, but despite my wobbly condition I made it up and down safely.   I did manage to knock down some decorations on the staircase, with the help of my friend’s mother, but it was dark so I honestly have no idea what it was we knocked down anyway, which means it is almost like it never happened.  Shhhh. Honorable mention goes out to my flashlight app on my smart phone.

The food was delicious, the wine was good and getting better by the glass, and little by little more people made it to the party.  I had Chocolate Wine, which, I am proud and happy to say came from Holland since it was quite good.  If it sucked I never would have written about it and certainly not shown a picture of it.

The food was heated on sternums, so when it was time to clean up there was one large aluminum pan that I helped the hostess carry to the kitchen.  Only half of the water in the pan made it to the sink, the other half ending up on my arms and on the legs of the hostess.  At least this wasn’t life threatening, even though I was fearful of drowning at one point (more nonsense).

I discussed fantasy football with the hostess’s son, much to the dismay of my friend, and then proceeded to watch his young daughter open approximately 250 presents (another exaggeration), but she was a cute little girl so everyone enjoyed watching her having such a nice time.  Plus I got a scarf from the hostess so I was happy too.

The cab came to pick us up, I was not attacked this time, and we all made it home safely albeit it a little ill from the constant stop and go of the car.  The only explanation I can come up with is that the driver was practicing for when he does drive in traffic, because there was none on this night and he still managed to drive like he was on the Van Wyck Expressway North at 5PM on a weekday.  On a personal note, I had a great time and thank all those responsible for making it a fun time for everyone.

This entry was posted on Saturday, December 29th, 2012 at 3:27 pm and tagged with Chocolate Wine, Christmas, Empire State Building, Holland's Heroes, Jew Face, New Years, Van Wyck Expressway and posted in Uncategorized. You can follow any responses to this entry through the RSS 2.0 feed.
« A Modern Day American Nazi
A New Years Blessing »