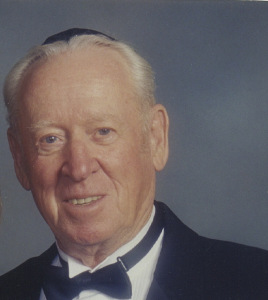 93 years ago today in Rotterdam, Holland, my father Nardus Groen was born.  His life was one filled with substance, meaning, and love.  I remember him fondly and miss him often.  Despite what one might take from the book “Jew Face”, I was aware of my father’s faults.  Every human being is flawed and my father was no exception.  However, one of the things I witnessed from the time I was a child, was that he never spoke one bad word of his parents who were murdered in Auschwitz.

My father was a great man.  I say that with certainty and pride.  He was principled, strong, ethical, and loving.  I often wonder if he would have liked the book “Jew Face” and my portrayal of his life.  I have often said that the greatest joy for me in writing the book was that in writing it I felt as though I got to know my parents as young adults.  My father never was able to confirm if that feeling of mine was justified, but it is one that I keep with me and cherish.

To use more modern vernacular, when looking at my father in the most difficult of times, my father was a bad ass.  He claimed in later years that he often felt fear, but his actions during the worst of times showed a behavior that showed otherwise.  The hardest thing for me as his son has always been the feeling that I have never been close to being the man that he was.  But then again, many never will be.

He was proud of who he was, and as a Rabbi he tried to use his understanding and extensive knowledge of Judaism to help and teach others, Jew and non-Jew alike.  The debate on what makes one truly religious is an endless one, but in my eyes and the eyes of many others, my father was indeed very religious, even if somewhat unconventional in practice.

He loved my mother, his children, grandchildren and great-grandchildren very much. No one has ever perfected the art of showing that love, my father being no exception, but to this day his love is never questioned.  Together with my mother, who God willing turns 91 in 2 weeks, a new world sprung forth of decent and loving people who do them both proud.

So today, on what would have been my father’s 93rd birthday, I remember my father, Rabbi Nardus Groen, with love and respect, and hope that some of what I have done this past year has helped part of the world know why.

This entry was posted on Tuesday, December 18th, 2012 at 1:43 pm and tagged with Auschwitz, Holland, Jew, Jew Face, Judaism, Nardus Groen, non-Jew, Rabbi, Rotterdam and posted in Uncategorized. You can follow any responses to this entry through the RSS 2.0 feed.
« Guns and Tragedies: A Common Partnership
The Solution Starts with the Media »