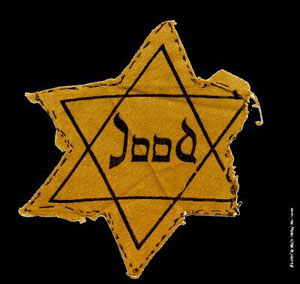 When the Nazis occupied Holland in 1940, 10% of Amsterdam’s population was Jewish.  In those days, Amsterdam was not as it is today, a city with various minorities making it far more difficult to identify with certainty a person’s religion or ethnicity.  In 1940, a person with a dark complexion and dark hair in Amsterdam was assumed to be Jewish.  To the German’s, the ‘Joden Kop’ was a way of harshly identifying that they recognized the face of a Jew. Sipora Groen, my mother, was seen as having one of those identifiable faces.  Hence the title of the book “Jew Face”, the story of my parent’s life, taking place primarily during the time of the occupation between 1940-45 and revolving around their journeys and experiences during those years not only of horror and sadness, but also courage and strength.

This entry was posted on Wednesday, May 16th, 2012 at 1:20 am and posted in Uncategorized. You can follow any responses to this entry through the RSS 2.0 feed.
« Occupation-72 years ago today
What is Iran up to? »